Tips on managing those back to school costs 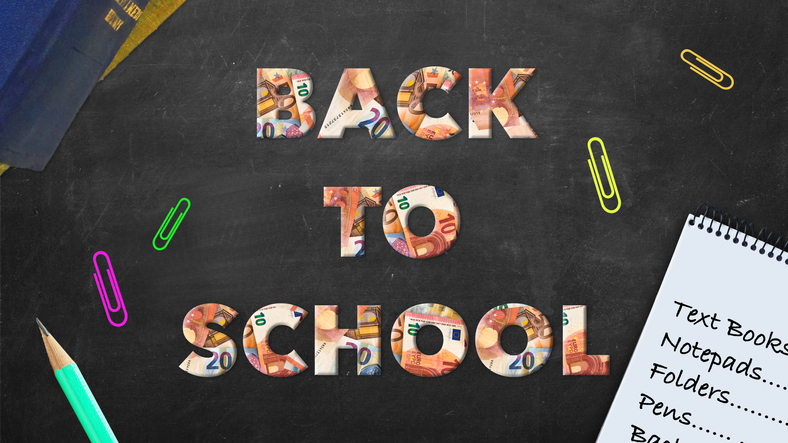 FAMILIES across Kildare are already facing financial struggles amid the cost-of-living crisis, and for many the impending school term and the associated back to school costs will be a source of significant worry.

It’s a time when your finances can really take a battering – the latest Irish League of Credit Unions (ILCU) survey on back to school costs revealed that parents getting children ready for secondary school are spending €1,518 per child (up €27 on the €1,491 being spent last year), while parents of primary school children are also spending more; €1,195 this year compared to €1,186 last year.

We’ve got a few tips to help ease the financial burden ahead.

The Back-to-School Clothing and Footwear Allowance remains open for applications until 30 September – the scheme provides a once-off payment to eligible families towards the cost of school clothing and footwear. As part of the government’s €67 million back-to-school package announced recently, the allowance has been increased by €100 per child. This means that for 2022, the total amount being paid for each qualified child aged 4–11 years will be €260 and the rate payable for each eligible child aged 12 and over will be €385. All families have been urged to check their eligibility for this scheme and apply before 30 September – further information on the eligibility criteria is available at www.gov.ie/bscfa.

Students availing of the School Transport Scheme will not be charged fees for the academic year 2022/23 (a temporary measure for the current year only). The closing date for applications was 29 April but a late application process is available (see buseireann.ie).

The Competition and Consumer Protection Commission (CCPC) has got some good advice on how to save on schoolbooks, which can be quite expensive. Buying second-hand can ease the burden (you could post the booklist on social media to see if anyone has second-hand copies), but if you have to buy new then make sure to shop around in-store and online. You could also exchange books with other parents or sell your child’s old books if they’re in good nick to help offset costs.

Parents and guardians can often avail of textbook rental schemes – information about such a scheme in your child’s school can be obtained from the principal.

Samuel Vimes, a character in Terry Pratchett’s Discworld series, had an interesting theory about the reason that the rich were so rich – they managed to spend less money. As expounded in *** Men at Arms ***, “a really good pair of leather boots cost fifty dollars. But an affordable pair of boots, which were sort of OK for a season or two and then leaked like hell when the cardboard gave out, cost about ten dollars. Those were the kind of boots Vimes always bought, and wore until the soles were so thin that he could tell where he was in Ankh-Morpork on a foggy night by the feel of the cobbles. But the thing was that good boots lasted for years and years. A man who could afford fifty dollars had a pair of boots that’d still be keeping his feet dry in ten years’ time, while the poor man who could only afford cheap boots would have spent a hundred dollars on boots in the same time and would still have wet feet.”

It’s tempting (speaking from personal experience) to simply opt for the cheapest items you can find, but for things like shoes or backpacks (particularly if they’re going to be hauling heavy books around) it’s worth it in the long run to spend a little more on quality – to invest in something that will last for years rather than months.

What I always recall is the pencil case I bought before my first year of secondary school. It was made from good-quality materials and not only lasted me for the next six years (while not being treated very delicately) and a further four in college, but it’s still knocking around two decades later in pretty good nick!

It’s less time-consuming to simply buy pre-made lunches for the kids, but if you plan lunches even a week ahead you can generate a shopping list, bulk buy what you’ll need and save money. Check out www.safefood.net/family-health/healthy-lunch for some ideas.

If you do have to borrow money to cover back to school costs, avoid moneylenders offering loans with eye-wateringly high interest rates. As the CCPC explains, “moneylenders typically lend small amounts of money at a high rate of interest over a short period of time, which means the repayments are high.”

The Money Advice & Budgeting Service (MABS) warns that the interest rates on moneylending loans can be as high as 187% APR – “the higher the percentage, the more expensive it is to borrow.”

MABS notes that if you’re struggling to pay day-to-day bills, a moneylending loan “can make the problem worse,” and advises that credit union loans “are usually more affordable.”