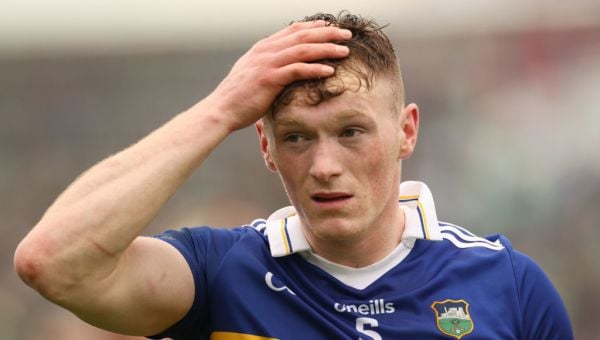 The funeral details have been announced for young Tipperary hurler Dillon Quirke who tragically died after collapsing during a Tipperary SHC match against Kilruane MacDonaghs.

Last night a vigil took place at his club Clonoulty-Rossmore. The club tweeted: “Thank you for all the kind messages. Maybe in time these will provide some comfort. For now, we are beyond despair.”

A post on RIP.ie said: ” He is predeceased by his grandparents Eddie & Lyla Fryday and Phil Quirke.

The post said he will be reposing in his residence (E25 A257) this Monday evening from 4pm to 8pm.

The requiem mass will take place on Tuesday at 12pm at St. John the Baptist Church, Clonoulty, followed by interment in the adjoining cemetery.

Tipperary GAA said as a mark of respect that all games scheduled to take place this weekend have been called off.

As the Irish Examiner reports, yesterday club chairman Andrew Fryday expressed his personal heartbreak and the devastation of his club at losing their young Tipperary star.

Fryday, who is Dillon’s uncle, paid tribute to his nephew’s achievements on the field for his club and described “a pure gentleman” that his community is so proud of.

“He was a pure gentleman, a lovely, lovely young man who had the prime of anything you’d want in a hurler. A fine, big strong man.

“Fit and able, a leader on the field. He was captain of our club team this year, he led from the front.”

As Fryday said, Dillon Quirke’s “curriculum vitae was absolutely immense”. He won a Harty Cup title with Thurles CBS in 2015 and an All-Ireland minor title with Tipperary in 2016.

At 20, he was central to the club’s county championship win in 2018, just the fourth in their history. With Dillon as captain this year, Fryday pointed out the club had high hopes of driving on to repeat that achievement.