CILL Dara Golf Club, who featured in this week’s Kildare Nationalist, out now, reached the semi final of the AIG Minor Cup semi final following their 3.5 to 1.5 victory over Dublin’s Castle Golf Club at the PGA National Slieve Russell on Wednesday. The team, captained by Marie Scully, now face Rockmount who beat Ballyneety in the quarter final. Greenacres will face Ardee in the other semi final. The weather didn’t dampen the spirits of players and their travelling supporters. 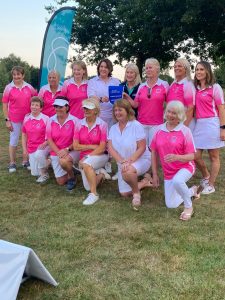 Sport In This Weeks Kildare Nationalist