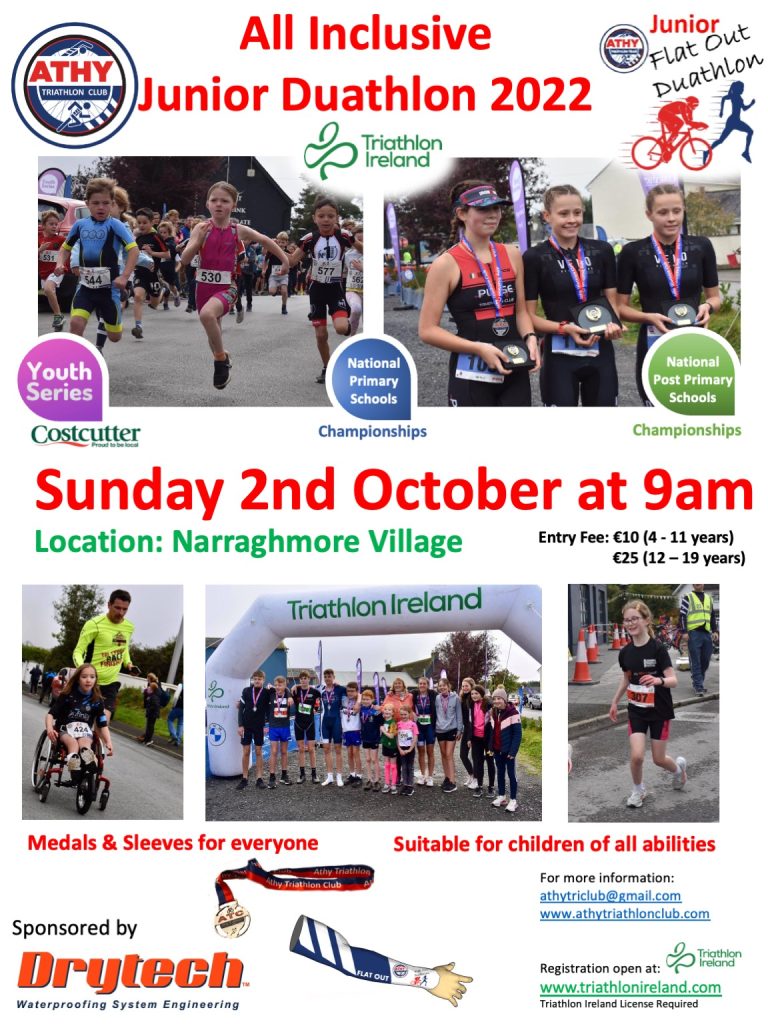 A poster for the event

The scenic surrounds of Narraghmore will be the setting for Athy Triathlon Club’s upcoming all inclusive Junior Duathlon.

“We had a very successful running of it last year in Narraghmore, so we’re going back there, we got great support from the local community,” said Stephen O’Neill from Athy Triathlon Club. “Feedback was really, really positive from the event last year.”

“Based on your age group, that will determine the distances of each discipline,” Stephen said, adding that the races will take place on closed roads.

Stephen explained that the event is a Youth National Series, part of a series of races where 12 to 17-year-olds “would race across the season and get points awarded based on their position.”

“We’re really excited about that,” he said. “It would be particularly good if we had really strong representation from some of the schools around the county particularly.”

Everyone who takes part in the duathlon will get a medal and a set of Athy Triathlon Club-branded arm warmers.

For more information, email [email protected] or visit athytriathlonclub.com. Registration is open at triathlonireland.com (a Triathlon Ireland license is required).