A BIG LIFT FOR KILCULLEN COMMUNITY … AND PEDESTRIAN BRIDGE 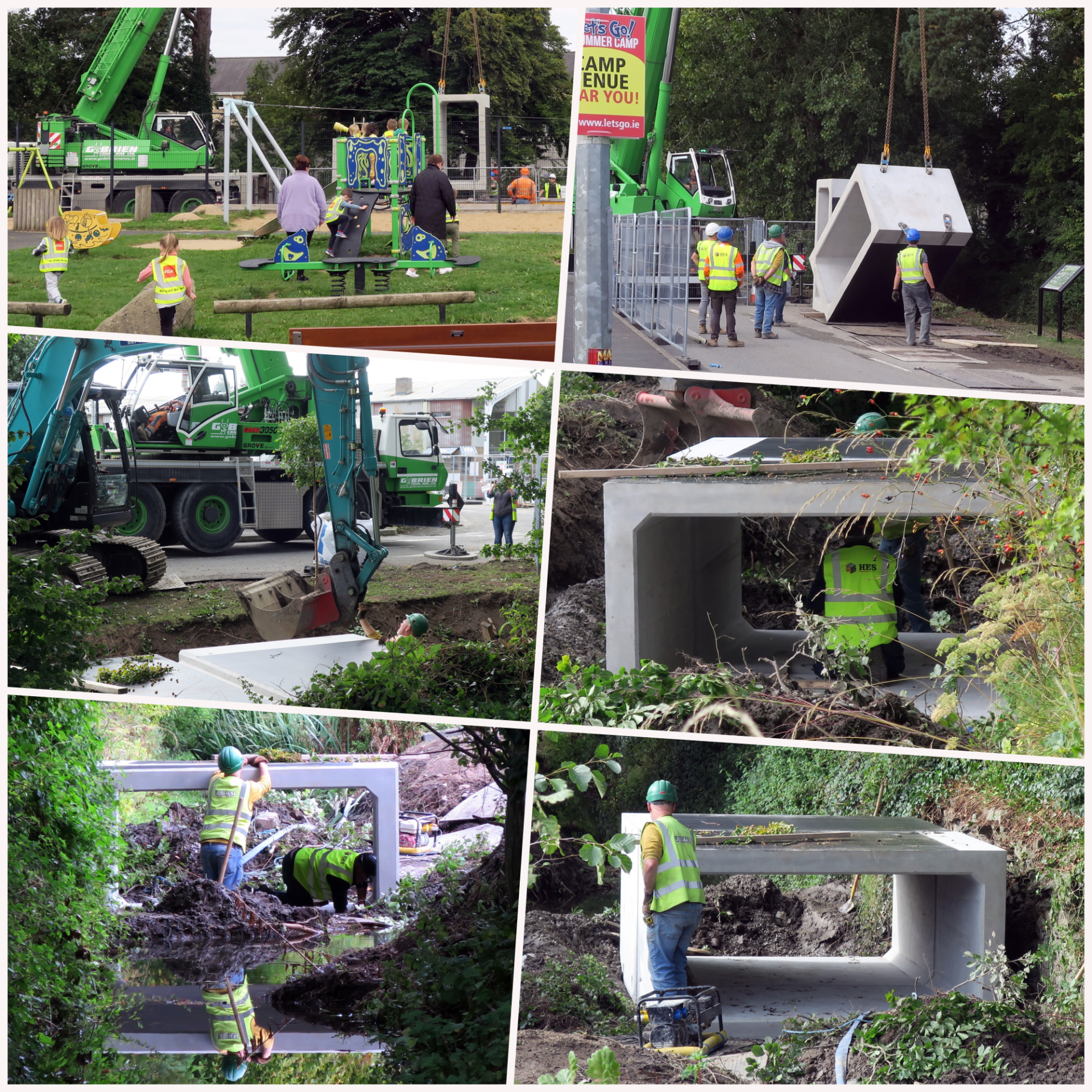 AS children and their parents from the adjacent Kilcullen Community Playground watched with great interest, the placing of two preformed sections of the new pedestrian bridge over Pinkeen Stream was completed ahead of schedule last week, allowing the reopening of the Community Centre access road well ahead of the 12noon plan for the day.

Under the direction of Oliver Sweeney, operations manager with HES Civil, the two sections were unloaded and lifted into place by crane, then nudged together by some skilful digger manipulation. Earlier last week, preparatory work on the site had included a slight diversion of the stream to facilitate placing the sections.

The work on the bridge is expected to be completed over the next weeks, including the surfacing and addition of handrails. HES has sponsored the bridge’s construction, which was negotiated by Cllr Tracey O’Dwyer, and Kildare County Council will provide traffic calming and table-top crossings on the roads on each side.

KCC has expressed its appreciation for HES’s involvement, saying the Council would not have had the funds to construct the bridge at this time.

The bridge will make a major difference to the children and adults of Cnoc na Greine and Castlemartin estates who currently make many hundreds of crossings of the stream every day on a makeshift and dangerous traverse of the waterway.