Story of Shackleton and Endurance to be told in Kildare cathedral 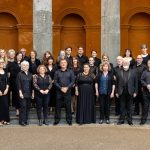 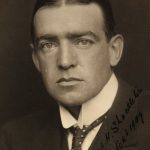 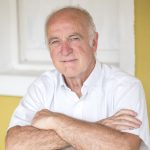 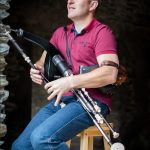 ST Brigid’s Cathedral in Kildare will undoubtedly be packed this Saturday 24 September for the story of Ernest Shackleton and the Endurance voyage in music, words and pictures.

South! Always South! is a celebration of the life of Ernest Shackleton and the legendary voyage of the HMS ***Endurance*** on an expedition to cross the Antarctic continent.

Shackleton was a Kildare man, born in Kilkea near Athy, and had already gained a reputation for courage and leadership on previous Antarctic expeditions. However, what started as a great geographic and scientific adventure turned into a dramatic rescue mission when the ***Endurance*** became trapped in the ice floes in the Weddell Sea, and sank.

The survival story which followed is legendary – the men onboard managed to reach Elephant Island by lifeboat and Shackleton and five others left in search of help. They made a 1,300km trip to South Georgia on one of the lifeboats and the crew was rescued several months later.

Lost to the depths for more than a century, Endurance was finally rediscovered earlier this year – found, filmed and surveyed by members of the Endurance22 expedition.

The music for this piece was written by traditional musician Brian Hughes, another Athy man and recent recipient of a Made of Athy plaque. Brian will play both uilleann pipes and whistle during the performance, supported by the players of the County Kildare Orchestra. The conductor is Lorcan Daly.

Brian has worked with the orchestra to produce an arrangement of this original work in which the fusion of uilleann pipes, whistles, piano and bodhran, and the full sound of the orchestral instruments produces an atmospheric and exhilarating evening of music.

He described this as “a huge opportunity to work with the Kildare County Orchestra because they’re fantastic musicians, really brilliant, brilliant musicians.”

Brian added that the male section of the Monasterevin Gospel Choir will be involved in the very last piece of the night, singing a shanty song that was written for the show.

Castledermot’s John McKenna has written and will perform the narration which introduces each of the eight movements, which reflect aspects of Shackleton’s life and the story of the voyage. The performance is further enhanced by a slideshow of the hauntingly beautiful original photographs taken by Frank Hurley on the fateful voyage.

Brian told me he was composing for “many months” and said the compositions were hugely influenced by John’s narration.

“I’ve tried to reflect John’s narration in the different musical pieces about the different times during the voyage,” he said. “The music very much – well hopefully – reflects the story.”

The County Kildare Orchestra is an adult amateur orchestra. It was founded in 1998 with the mission to bring great music to local audiences and to give musicians in Kildare and its environs the opportunity to play challenging and exciting orchestral music. They play several concerts each year and support Irish composers and musicians by performing their works, or inviting them to play with them.

The upcoming performance is part of a country-wide series of concerts undertaken by the orchestra to bring the story of Shackleton’s voyage to a wider audience.

Tickets, priced at €25 inclusive of booking fee, can be obtained from Eventbrite.

A Fan for All Seasons