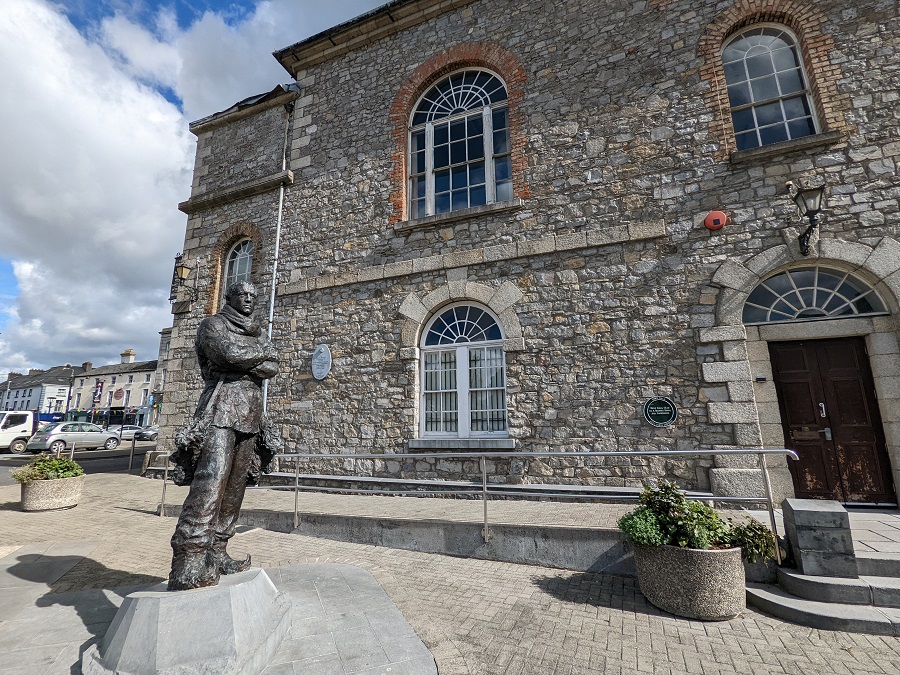 The statue of Ernest Shackleton outside the museum in Athy

Construction should start early next year on the highly-anticipated Shackleton Museum redevelopment project in Athy.

Local councillors were given that information at the September meeting of Athy Municipal District, which heard that the council’s Public Realm team are ready to go for tender on the project, following a recent meeting with the Department where they increased funding for the scheme. The timeline for completion is 18 months from commencement of construction.

Shackleton’s cabin from the Quest – the cabin in which he died on his final voyage – will be one of the centrepieces of the redeveloped museum. An artefact of major historical significance, visitors will have the chance to walk around and reflect upon the cabin and its significance in what will be the world’s premier museum celebrating the life story of Shackleton, Irish polar exploration and the wider heritage of Athy.

Historical object conservator Sven Habermann, who has a workshop in Letterfrack, has been returning the cabin to its original state, as highlighted in the recent RTÉ documentary Shackleton’s Cabin.

On 5 January 1922, Shackleton died of a heart attack in his cabin on what was to be his final expedition to the South Pole. With no appetite to continue, the crew returned home. Moored in Norway, the ship was broken apart, however one of the dockers had the foresight to remove Shackleton’s cabin. He took it home and it served as his family’s garden shed for over 70 years.

The cabin was donated to the Shackleton Museum in Athy and the committee went about looking for the best person to head up the conservation of this priceless artefact. They went knocking on Sven’s door.

Speaking to the Kildare Nationalist earlier this year, Sven said that at the moment they’ve stopped all work until the museum is finished, adding that the restoration is nearly there – “everything is stable, we’ve recreated the interior as you could see on the documentary.”