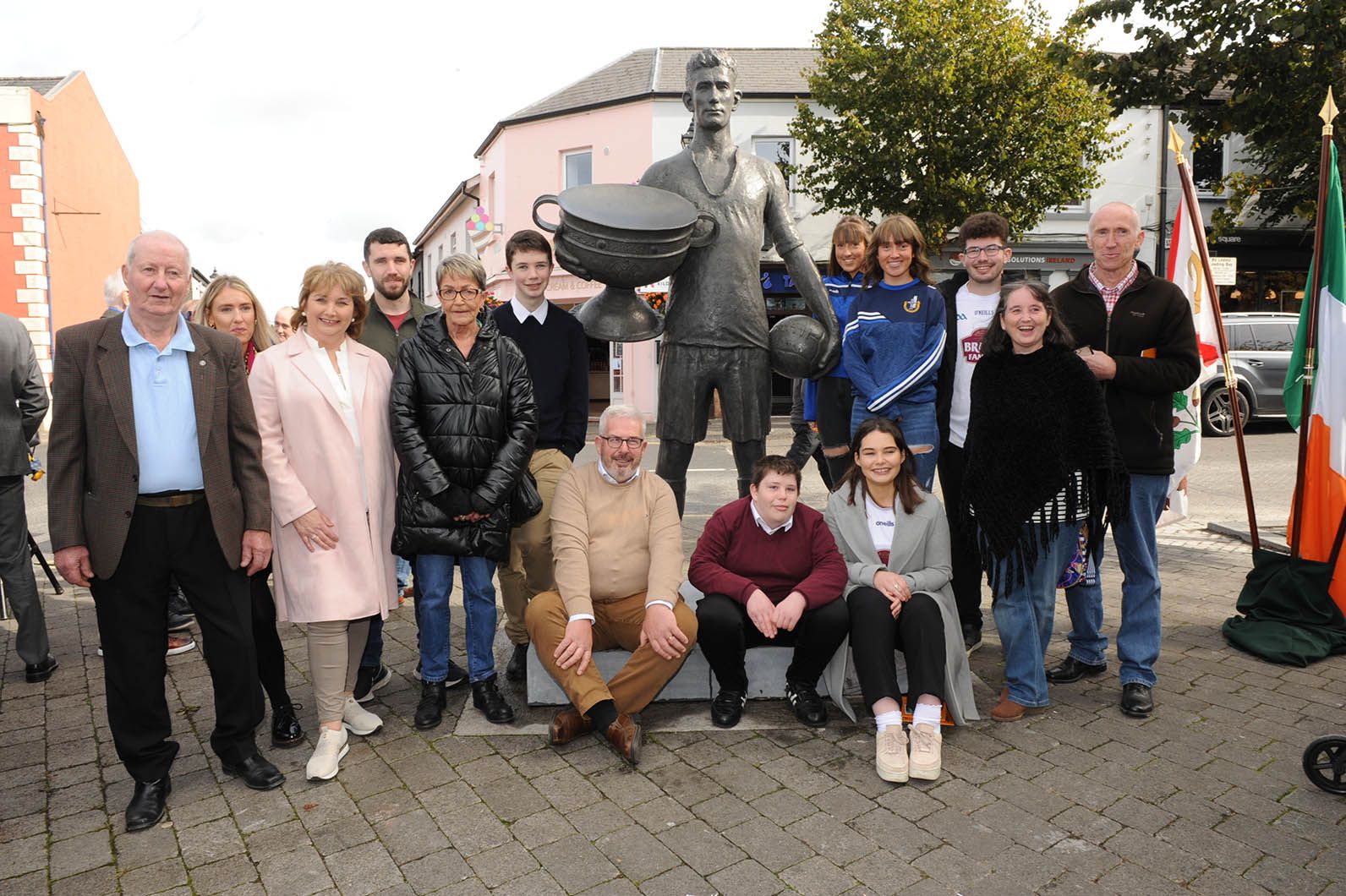 Members of the Gannon family and friends

THE statue of the legendary Bill ‘Squires’ Gannon in Kildare town was officially unveiled on Sunday with the help of GAA president Larry McCarthy, Cllr Joe Neville and Katie Ray, Kildare U14 All-Ireland winning captain.

The sculpture had been installed in the town in early May, beside the heritage centre. Artist Mark Richards had been commissioned – following an extensive selection process – to create a permanent artwork to celebrate the man who captained Kildare to win the 1928 All-Ireland football final and was the first captain to raise the Sam Maguire Cup. ‘Squires’ Gannon also won three county championships with Round Towers.

The art installation was funded under the Per Cent for Art Scheme and supported by Kildare Co Council’s Arts Service and Water Services section.

There was a great turnout in Kildare on Sunday, where the Sam Maguire Cup was in attendance alongside the Artane Band and winning captains from Kerry, Cork, Dublin, Meath, Offaly, Galway, Down, Donegal, Tyrone and Armagh.

Kildare South TD and Minister of State Martin Heydon was among those who came out for a “special day” and said he’s “looking forward to seeing the Lilywhites bring Sam back home again in the not too distant future.”

Check out tomorrow’s issue of the Kildare Nationalist newspaper for more photos by Jimmy Fullam and details from the big day.