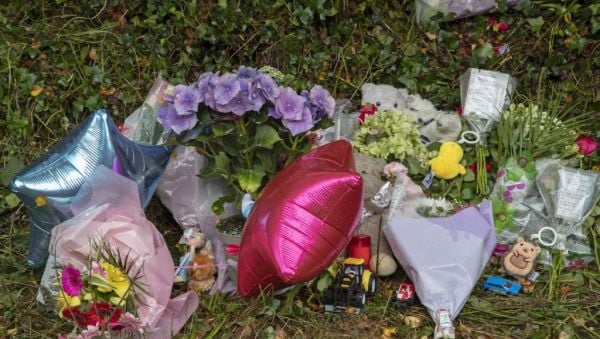 Drew Harris has acknowledged the “heavy” burden on the gardaí who responded to a series of tragic incidents involving children in recent weeks.

During a public meeting of the Garda Commissioner and the Policing Authority at Dublin Castle on Thursday, the difficult incidents that gardaí have responded to were raised.

Mr Collins mentioned an incident in Tallaght where eight-year-old twins Christy and Chelsea Cawley and their 18-year-old sister Lisa Cash died; and a car fire in Multyfarnham, Co Westmeath, in which five-year-old Thelma and two-year-old Michael (Mikey) Dennany died.

He also referred to the recent incident in Clarecastle, Co Clare, which has left a young girl and a woman – both believed to be Ukrainian nationals – in a critical condition in hospital.

Mr Harris said: “Very regrettably, over the last four weeks, we’ve seen a series of very difficult, difficult incidents that members of An Garda Siochana have been called to, and they’ve dealt with in a very professional and proficient manner.

“But I would say that all of these incidents, they leave a lasting impression with the individual members of Garda Siochana, and the staff who’ve had to respond to the scenes and then deal with the aftermath of those scenes. There can be no doubt about that.”

Acknowledging that it is part of the job, Mr Harris said that members of the force deserve the support of the community in dealing with these incidents.

“I recognise… the heavy weight of responsibility borne by some of our most junior members in terms of the incidents that they have to respond to, and just think the last four weeks have been illustrative of just how difficult those can be.”

He said this was against a backdrop of other serious incidents such as serious road traffic collisions, other fatalities and homicides.

Mr Harris also highlighted the personal abuse that gardaí get during the course of their duty.

“And on top of that, then there are verbal and the physical attacks on members of An Garda Siochana.

“The [Association of Garda Superintendents] yesterday raised the real problem around attacks on members of An Garda Siochana over social media – we ourselves are very conscious of all of this, we’re very conscious of the support that we provide to members.”