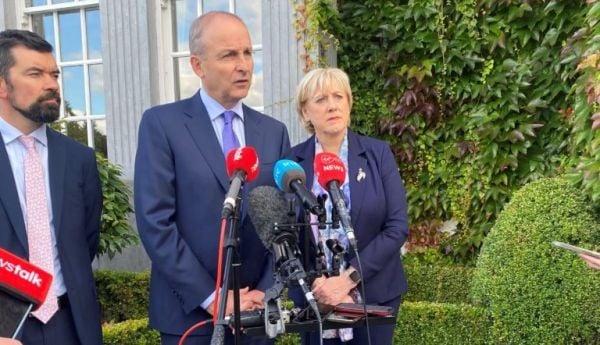 A Fianna Fáil councillor could face disciplinary action within his party after he publicly opposed local authority plans to accommodate a Traveller family in Co Galway.

Galway City Councillor Michael Crowe said the city council should not go ahead with plans to accommodate members of the Traveller community in a house it bought.

Objecting to accommodating Travellers in the property, Mr Crowe told a radio station that Traveller culture was “not conducive” to living with most settled communities, adding that it regularly leads to “confrontation and general uneasiness”.

On Thursday, Mr Crowe apologised to the Traveller community for his comments.

I would like to offer a sincere genuine apology to all members of the Travelling Community for my comments earlier this week. There is cut and thrust in politics but there is no room for the broad ranging sweeping generalisations I made about Travellers. For that, I am sorry. 1/3

Traveller rights organisation, Galway Traveller Movement, has called for the councillor to be suspended pending a full investigation.

Fianna Fáil leader Micheal Martin said the comments were “unacceptable”, and that the party would be meeting with the councillor.

“They’re not in line at all with Fianna Fáil policy, and the party will be meeting with the councillor,” Mr Martin added.

“We’ll be engaging with the councillor concerned because those remarks are completely unacceptable.

“We will take it from there. I don’t want to prejudice what outcome may transpire.

“We are taking the issue seriously, very seriously, and we will engage with the councillor.

“I’ve seen the reported comments, but obviously due process follows in this case and the party will engage with the councillor.

“There can be no tolerance for such an approach to the Traveller community. I’ve met with them recently – they are facing enormous challenges, particularly young people, young Travellers in particular in terms of securing employment, in terms of education completion.

“We need to do everything possible to support them in the challenges that they face.”

“I would like to offer a sincere genuine apology to all members of the Travelling community for my comments earlier this week,” he said.

“There is cut and thrust in politics, but there is no room for the broad ranging sweeping generalisations I made about Travellers. For that, I am sorry.

“While there are difficulties in certain scenarios there is a way to deal with those and on this occasion I did not do so in a correct manner. I would also like to offer an apology to (Fianna Fáil) for causing hurt to many of our members.

“I’m making no excuses, I’m simply apologising. I was wrong.”

In a statement, the Galway Traveller Movement condemned the comments, accusing the councillor of having “little regard” for the Traveller community.

“The broad sweeping statements made by councillor Crowe have caused huge hurt and upset to members of the Traveller community and have brought us back decades in the fight for equality,” the spokesman said.

“Comments were made about the Traveller community on public radio by councillor Crowe that would not be tolerated if made about any other ethnic group.

“He has brought the integrity of his office into disrepute by promoting anti Traveller rhetoric and discourse on the public airwaves.

“We are calling for CIlr Michael Crowe to be suspended from his duties pending a full investigation by Galway City Council and the Fianna Fáil party into this matter.

“GTM will be making formal complaints to the Fianna Fáil party, the Irish Human Rights and Equality Commission, the Standards in Public Office Commission, the Broadcasting Authority of Ireland and the Council of Europe committee of experts on Roma and Traveller Issues to further investigate this violation of Traveller’s human rights and call for justice and redress.”