HSE boss accused of ‘insincerity’ during terse exchanges with TD 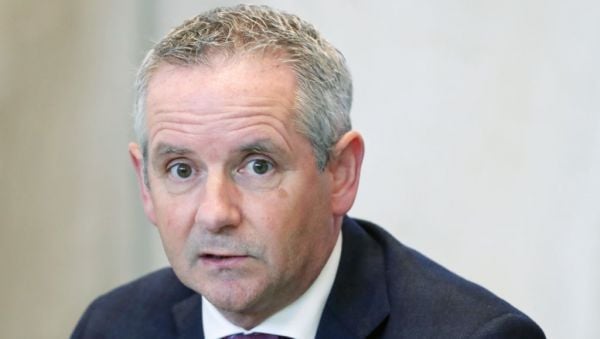 HSE boss Paul Reid has been accused of “insincerity” by Independent TD Verona Murphy during terse exchanges at an Oireachtas committee meeting.

The Wexford TD claimed Mr Reid’s “insincerity won’t wash for one second here”, adding that she “does not put up with too much BS”.

The HSE chief executive took offence at the TD’s tone, saying it was “not respectful and not professional” as he appeared before the Public Accounts Committee on Thursday.

It was Mr Reid’s last time in front of the public spending watchdog before stepping down from his position next month after three-and-a-half years.

Ms Murphy said mental health services had “gone off the radar” as she asked about recruitment of health service staff in the south-east of the country.

Mr Reid told the committee some 15,200 staff had been recruited across the country since January 2020.

He adding that of that net figure, 4,500 had been nursing and midwives, 2,000 were healthcare assistants and 2,300 were health and social care professionals.

Asked specifically how many occupational therapists (OTs) were recruited, Mr Reid said he did not have the breakdown of those figures to hand.

Ms Murphy asked: “Why did you interfere if you couldn’t answer the question?

“I asked a specific question as to how many OTs were offered a job and how many qualified this year. Do you know?”

Mr Reid said: “I’ll respond in a professional manner. And I expect the same reciprocation.”

The TD continued: “I’ve been told there’s never been an exit interview carried out of HSE professionals that come to me who tell me what’s wrong with the system, but that nobody in administration in the HSE has asked.

“I’m not finished Mr Reid, if I want to ask you a question I will, seeing as you’re determined to interrupt me. Just me. I didn’t see you do it with anybody else.”

She then asked when a dietician would be appointed to Child and Adolescent Mental Health Services (CAMHS) in Wexford.

In response, Mr Reid said he could not comment on the appointment in Wexford.

“There are challenges in recruiting,” he said. “To stand still every year we have to recruit 10,000 people.

“That’s just churn. On top of that we have recruited a net extra 15,500. I don’t know that specific one in Wexford. But we will get the details for you.

“I bring a delegation in here all the time and respect the parliamentary process… I think we do it respectfully… The tone of what I’ve just heard to my delegation here is not respectful and not professional.”

Mr Murphy replied: “I can tell you, Mr Reid, your insincerity won’t wash for one second here and I have full respect for all your staff.

“But I don’t put up with too much BS, chair. And that’s it. I didn’t get an answer to the question.”

Earlier, TDs and senators heard the HSE expects to spend about 2 billion euro on Covid-19 this year, almost twice as much as had been estimated.

Mr Reid said it would result in a “very significant” Covid deficit when compared to the allocated budget.

A total of 1.15 billion had been provided for Covid-19 spending as per the HSE’s National Service Plan.

“There has been extensive engagement between the HSE and its funders in relation to the likely Covid-19 deficit and discussion is under way in regards to supplemental funding,” he added.

He told the committee the HSE has recorded a deficit to the end of July this year of 731 million euro.

More than 80% of this deficit (some 600 million euro) is driven by the direct impact of Covid-19, with the remaining 123 million euro driven by core (non-Covid) related costs, he said.

TDs and senators also heard the overall allocation of funding to mental health for this year is 1,159 million euro, which is a further increase of 60 million over 2021.

Last year, the HSE recorded an overall deficit of 195 million euro for the 2021 financial year.

Mr Reid said: “This deficit is due to the pressures arising from the ongoing Covid-19 response, resulting in an excess of Covid costs over available Covid funding

“This includes expenditure in relation to the vaccination programme as well as test and trace costs, which were key to the HSE pandemic response.”