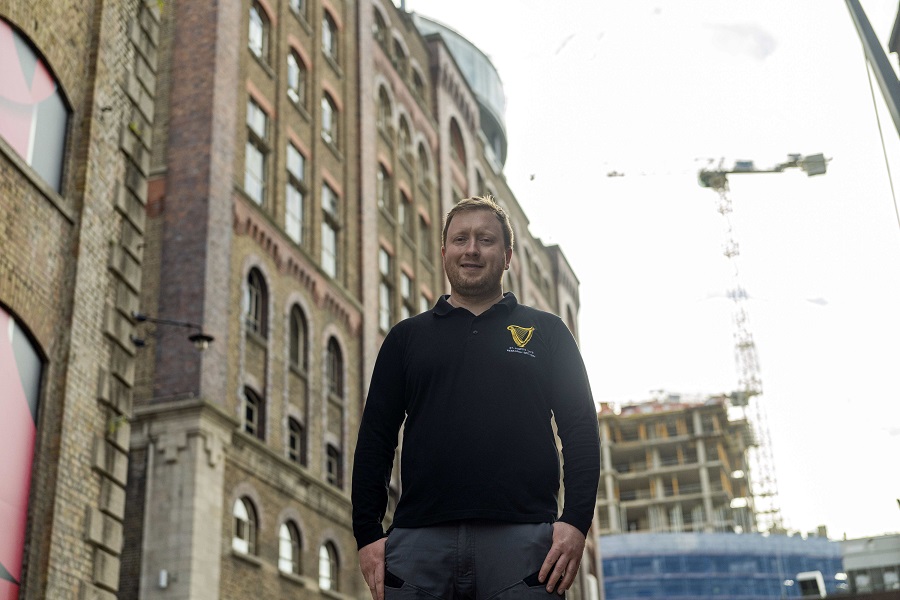 A descendent of Mark Rainsford, co-signee with Arthur Guinness on the Guinness Brewery lease, has recently joined the Guinness Open Gate Brewery.

Rob Rainsford, who is based in Kilcock, started in August and has since brewed his first beer at the experimental brewery, the West Coast IPA ‘Hook Line & Sinker’.

Rob’s ancestor, Sir Mark Rainsford, was an Irish Lord Mayor of Dublin and the original founder of what was to become the Guinness Brewery. On 31 December 1759, Rainsford’s grandson, also named Mark, signed the now famous 9,000-year lease over to Arthur Guinness.

Robert recently joined the Pilot Team as an innovation brewer, bringing the Rainsford brewing name back to St James’ Gate after three centuries.

Speaking about joining the team, Rob said: “Home brewing has always been a big part of my family life growing up. I’m fortunate to now have over six years of professional brewing experience and to have landed my dream job working in the Guinness Brewery – back where it all began.”

Rob is the lead brewer of Hook Line & Sinker, which was the winner of the Open Gate’s recent home brewers competition. The beer is described as an American style IPA that boasts a malty backbone, along with big citrus and pine flavours from American hops, paired with premium Irish barley. Proceeds from the sale of the beer are also being donated to the Iveagh Trust, based in Dublin 8.

Innovation has always been at the heart of Guinness, dating right back to the time of Arthur Guinness. The Experimental Brewery dates back over 100 years and in 2015 opened the gates for visitors’ discovery.

At the Guinness Open Gate Brewery, brewers are given the creative license to dream in beer. Its ever-changing beer roster means guests will always be greeted by something new on the taps.