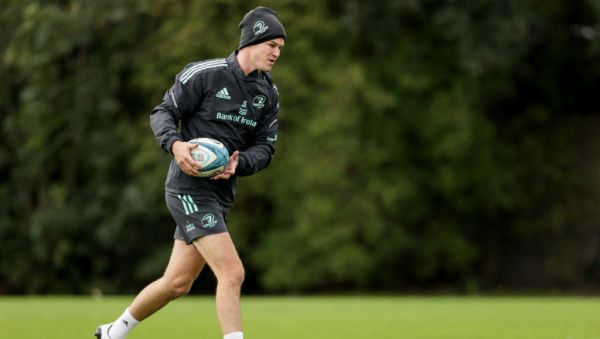 Week three of the United Rugby Championship sees the first of the Interpro derbies as Leinster face Ulster in Belfast.

Johnny Sexton starts his first game of the season against Ulster as he looks to kick off his final season with a bang. James Ryan and Jack Conan also start for Leinster at the Kingspan in Belfast on Friday evening.

For Ulster, John Cooney and Billy Burns are the 10 and 9 pairing. Jacob Stockdale starts on the wing with Stuart McCloskey starting at inside centre.

Meanwhile, Connacht faces a trip to South Africa on Friday to face the Bulls in Pretoria. Jarrard Butler captains The Westerners with kick off at 5:30pm.

Munster said Peter O’Mahony was expected to return to training this week. Jean Kleyn sustained a concussion against Dragons on Sunday and will follow the graduated return-to-play protocols.

Kick off at Musgrave Park is at 5:05pm on Saturday.

Lionel Messi: Win over Mexico lifts a weight off our shoulders