OUR look in this week’s Kildare Nationalist, out now, at the Castledermot V Ballyteague The Auld Shebeen Bar Athy Kildare GAA IFC Final which takes place on Sunday in St Conleth’s Park at 3.30pm.

THE Intermediate Football Championship is 94 years old, dating back to 1928, but Sunday’s opponents Ballyteague and Castledermot have never met in the decider. 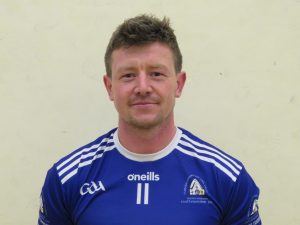 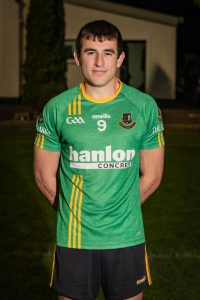 They have gone on to contest 14 finals but only winning on five occasions, including their most recent decider in 2015 when they beat Raheens to secure a six-year stay in Senior.

Their opponents Ballyteague are relative novices in comparison, having contested three finals. They did win the first two of those, in 1973 and 1991, before losing out to Ellistown in their most recent final in 2000.

Castledermot were involved in one of the most controversial county finals ever in their second visit to the decider in 1932. They faced the Newbridge Marble Arch club who later merged with Roseberry to become Sarsfields. With Castledermot surprisingly leading a more fancied Newbridge by 2-7 to 2-3 a melee broke out among supporters and referee Jack Higgins felt compelled to abandon the game. The result stood.

Castledermot lost three finals in a row over the next three decades, going under to Kilcock in 1938, Cappagh in 1946 and Raheens in 1958 before eventually sealing a return to the senior grade in 1963 with a two-point win over Suncroft.

A miserable run of three final defeats in four years at the turn of the ‘80s (to St Laurence’s, Rathangan and Eadestown) was finally turned around in 1985 against Suncroft, who themselves lost four finals in five years in that decade before eventually winning in 1989.

Castledermot were back in Intermediate in the ‘90s and their record in finals wasn’t getting any better. They lost out by a point to Ballymore Eustace in 1994 and then Rheban hammered them in 1997 on a 2-14 to 1-6 scoreline.

It was sixteen years before their return to the decider, but they were unsuccessful once more against Johnstownbridge in 2013 before eventually getting their fifth win two years later, beating Raheens by three points.

The height of Ballyteague’s success up to the 1970’s was a Junior B title in 1962, but they suddenly took flight in 1972 when they captured the Junior A title, beating Castlemitchell 2-10 to 0-6 in the final and then St Kevin’s 2-9 to 2-4 for the overall Junior title. Their team featured Kildare stalwart Joe McTeague and two members of the Leinster Under 21 winning team of that year, Tony Herbert, and Pat Swords.

Incredibly, their burst of success didn’t end there and a year later they were in the Senior final and aiming for a remarkable three-in-a-row of Junior, Intermediate and Senior. The dream looked alive at half-time against star-studded Carbury with the Larks leading 0-5 to 1-1 but Kevin Kelly’s goal within ten seconds of the restart prompted an avalanche and a 2-9 to 0-5 win for the favourites.

Having dropped back to Intermediate in the intervening years, Ballyteague climbed back into the top grade by beating Castlemitchell in the 1991 final, with Jimmy Hyland’s father Terry alongside Kerry’s Jim Hanafin (father of Seamus and Cathal) but with that stay at senior short-lived and after a losing a 2000 final to Ellistown, the Larks hope to bridge a 31-year gap to their last title on Sunday.

Paths to the Final