WITH the evenings getting shorter, it’s nice to sit back with a steaming cup of tea or coffee (or something stronger) and catch a film or TV series on Netflix. Here’s a selection of what’s coming to your screens in October. 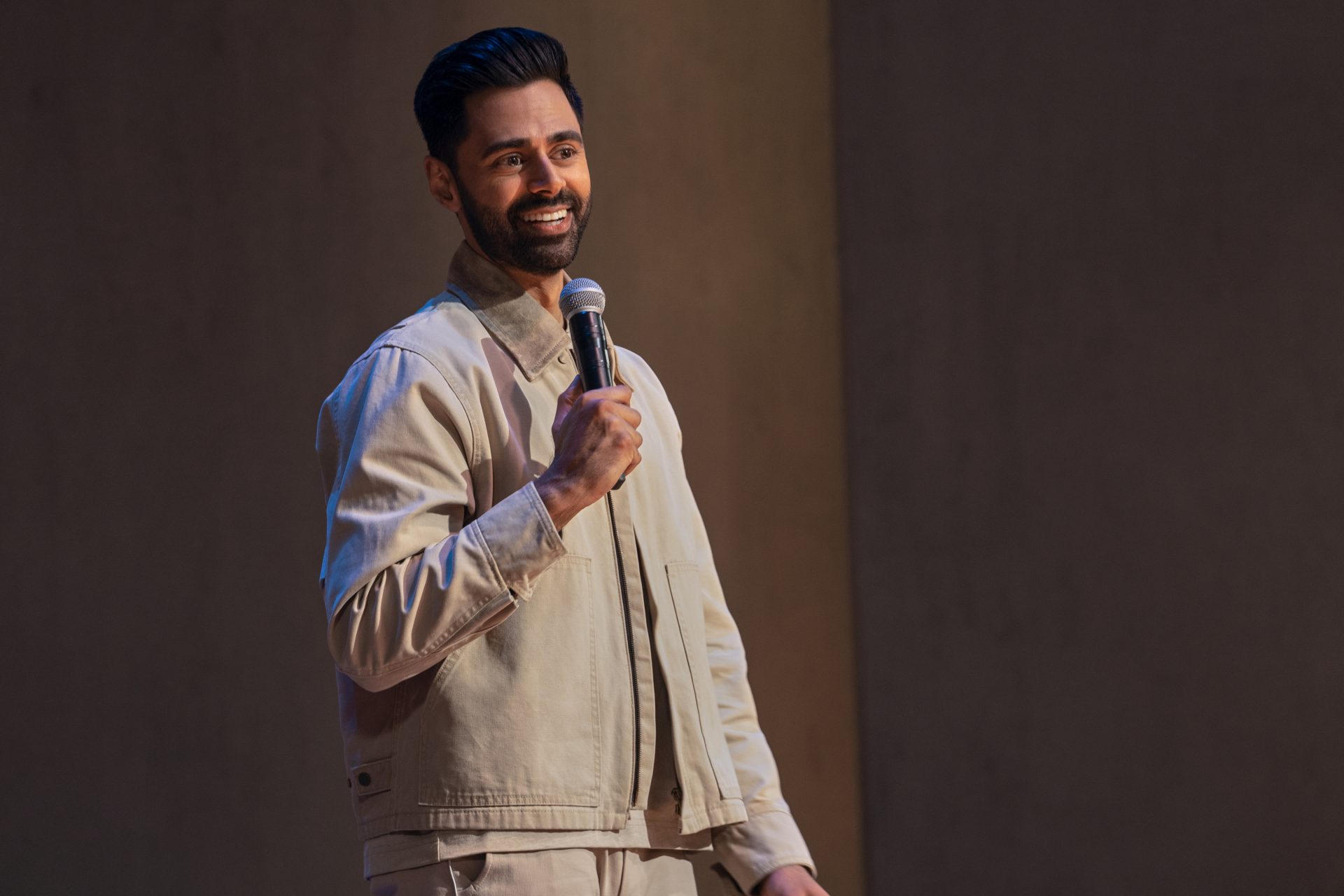 Filmed at the historic Brooklyn Academy of Music, Hasan Minhaj returns to Netflix with his second stand-up comedy special ***Hasan Minhaj: The King’s Jester***. In this hilarious performance, Hasan shares his thoughts on fertility, fatherhood, and freedom of speech. Available on 4 October. 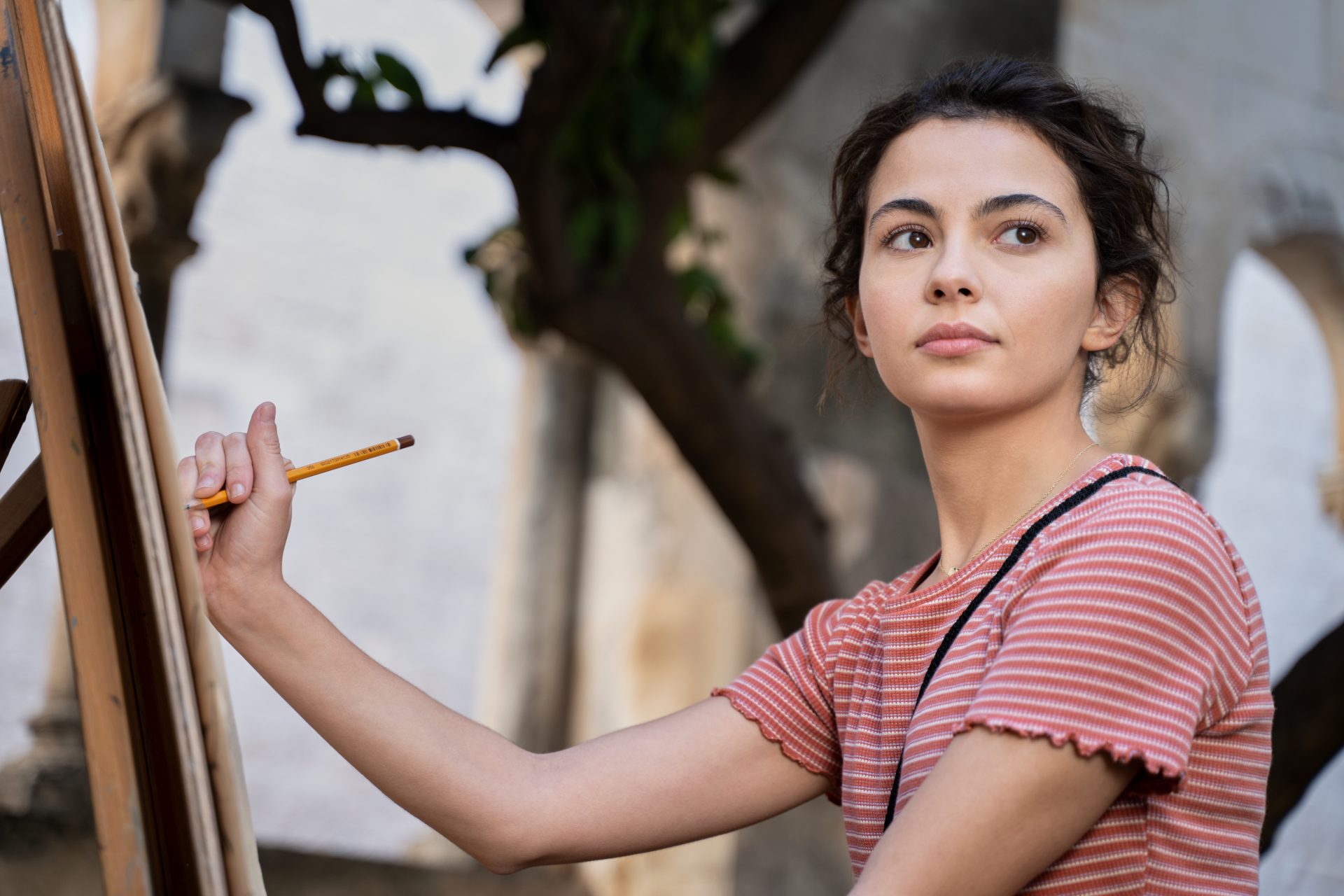 Inspired by the novel of the same name, this is the exciting story of Sole, a young woman who, after her best friend’s death, will try to face and overcome all her greatest fears. Directed by Andrea Jublin and starring Federica Torchetti, Lorenzo Richelmy, Cristiano Caccamo, Celeste Savino, Anna Ferruzzo and Massimiliano Gallo. It’ll be released on Netflix Ireland on 5 October. 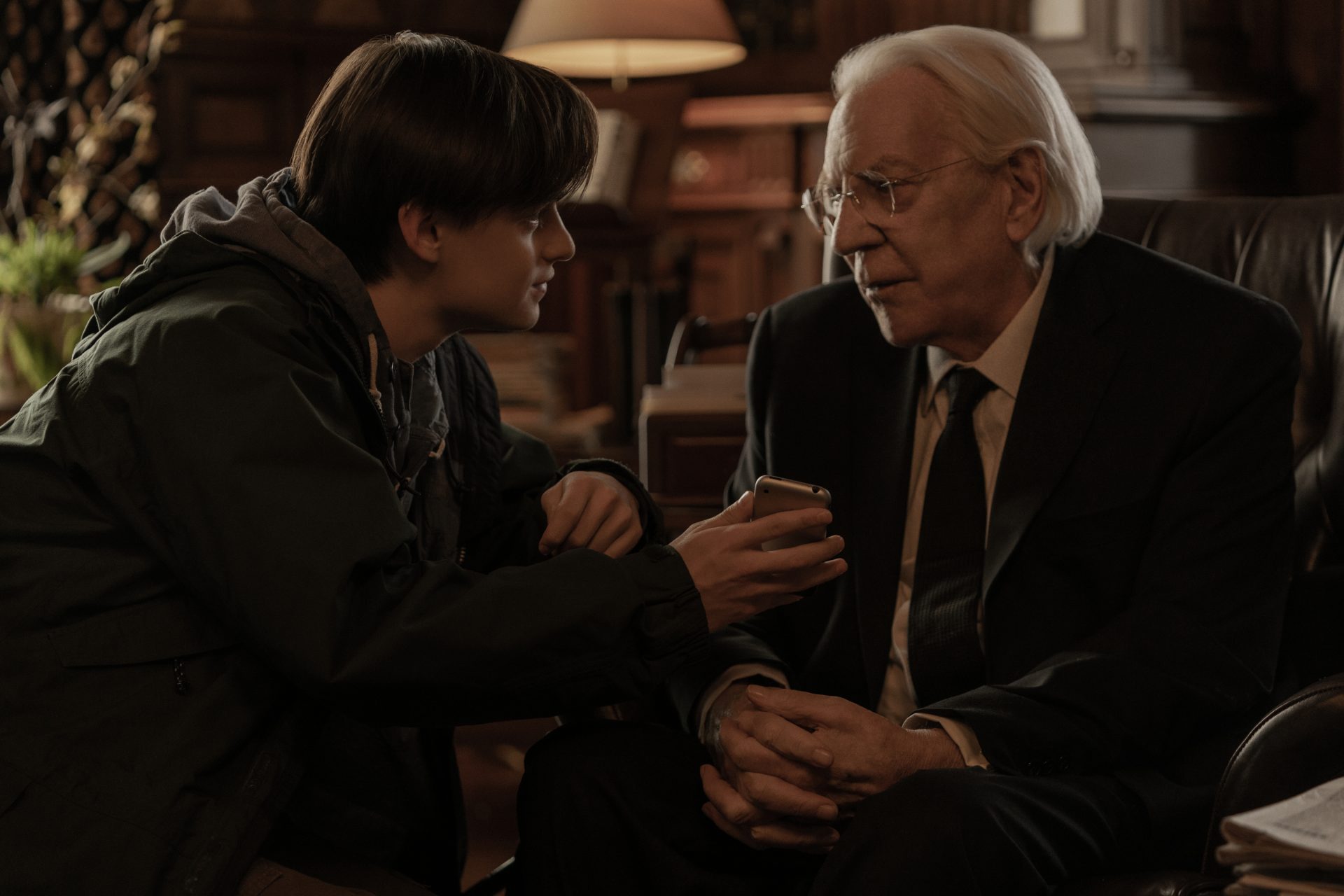 When Craig (Jaeden Martell), a young boy living in a small town befriends Mr. Harrigan, an older, reclusive billionaire (Donald Sutherland), the two begin to form an unlikely bond over their love of books and reading. But when Mr. Harrigan sadly passes away, Craig discovers that not everything is dead and gone and strangely finds himself able to communicate with his friend from the grave through the iPhone in this supernatural coming-of-age story that shows that certain connections are never lost.

Conversations with a Killer: The Jeffrey Dahmer Tapes

When Milwaukee police entered the apartment of 31-year-old Jeffrey Dahmer in July of 1991, they uncovered the grisly personal museum of a serial killer: a freezer full of human heads, skulls, bones and other remains in various states of decomposition and display. Dahmer quickly confessed to sixteen murders in Wisconsin over the previous four years, plus one more in Ohio in 1978, as well as unimaginable acts of necrophilia and cannibalism. The discovery shocked the nation and stunned the local community, who were incensed that such a depraved killer had been allowed to operate within their city for so long. Why was Dahmer, who had been convicted of sexual assault of a minor in 1988, able to avoid suspicion and detection from police as he stalked Milwaukee’s gay scene for victims, many of whom were people of colour? The third in a series from director Joe Berlinger (***CWAK: The Ted Bundy Tapes***, ***CWAK: The John Wayne Gacy Tapes***), this three-part documentary (which is available from 7 October) features never-before-heard audio interviews between Dahmer and his defense team, delving into his warped psyche while answering these open questions of police accountability through a modern-day lens. 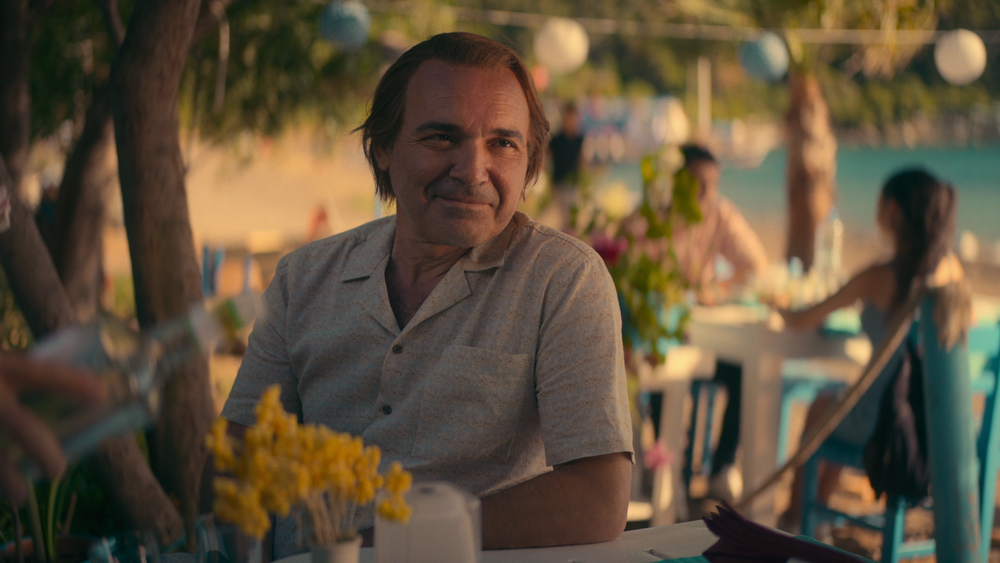 Yusuf is an ordinary family man, with two kids, who just realises himself going through andropause. As his appreciation to his beloved wife increases, he decides to make some changes in their lives. Deciding to move to a dream house will merge Yusuf’s life with the complicated life of the rich landlord Mahmut Timucin, his violent Russian lover Svetlana, the ex wife Sahinde, their hot twin girls and Yusuf’s bizarre sister and husband. This family drama with absurd comedy elements through the story and characters will be released on Netflix Ireland on 7 October. 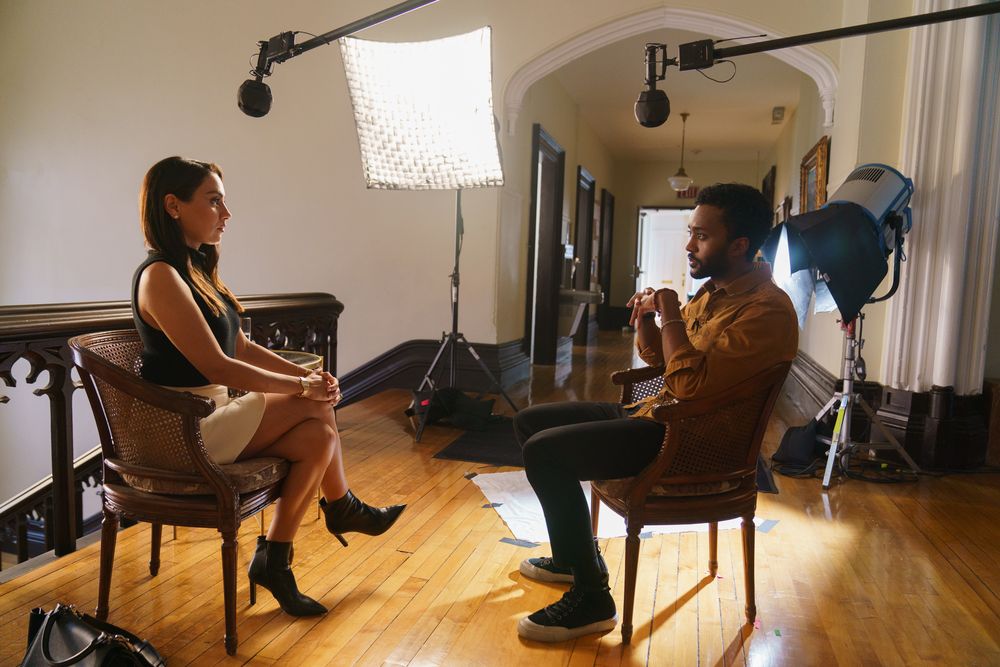 ***Luckiest Girl Alive*** centres on Ani FaNelli, a sharp-tongued New Yorker who appears to have it all: a sought-after position at a glossy magazine, a killer wardrobe, and a dream Nantucket wedding on the horizon. But when the director of a crime documentary invites her to tell her side of the shocking incident that took place when she was a teenager at the prestigious Brentley School, Ani is forced to confront a dark truth that threatens to unravel her meticulously crafted life. You can catch this film on Netflix Ireland from 7 October. 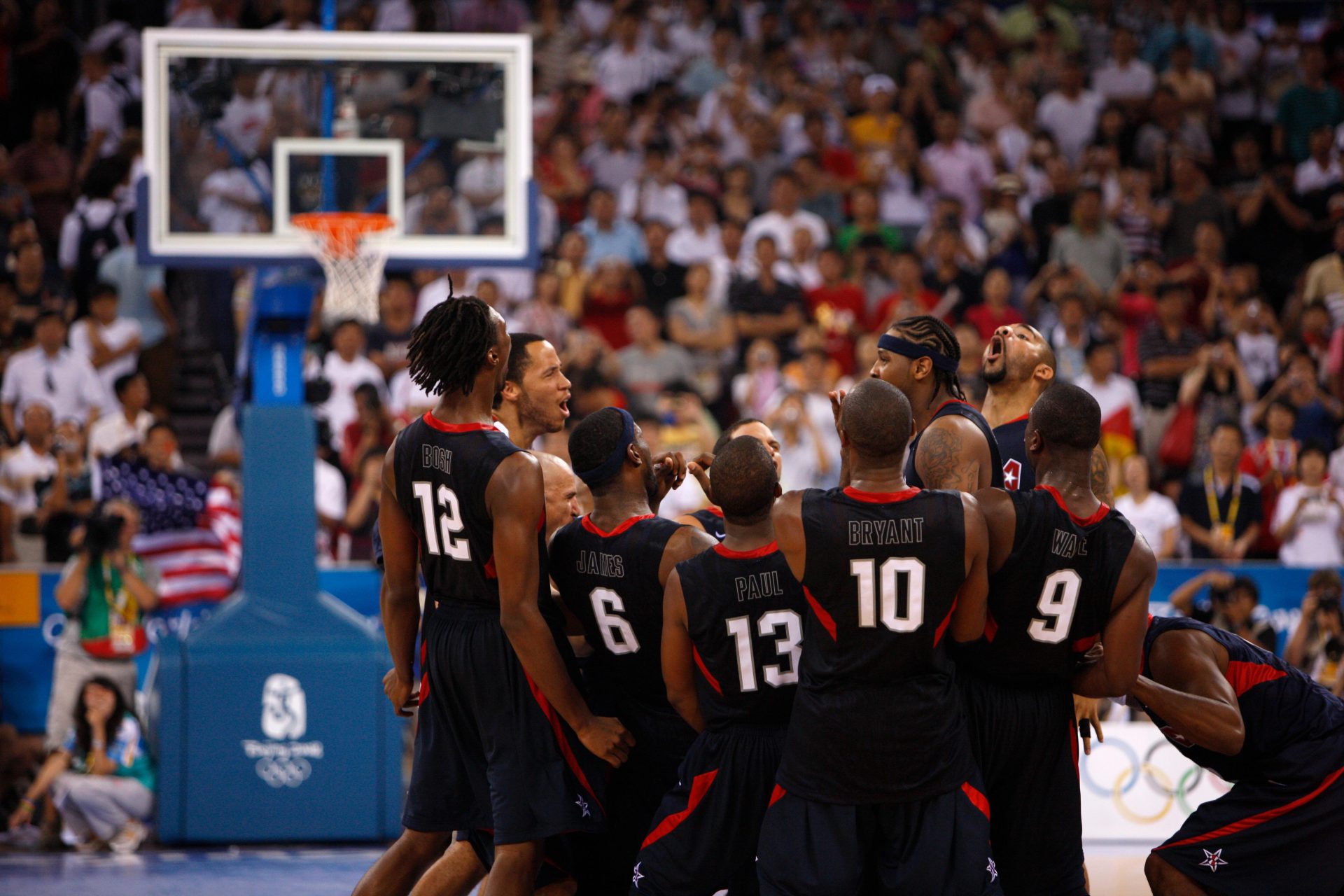 Another 7 October release is ***The Redeem Team*** – using unprecedented Olympic footage and behind-the-scenes material, it tells the story of the US Olympic Men’s Basketball Team’s quest for gold at the Olympic Games Beijing 2008 following the previous team’s shocking performance four years earlier in Athens. The documentary offers a fascinating portrait of team building and features insightful interviews with athletes and coaches from Dwyane Wade and LeBron James to Mike ‘Coach K’ Krzyzewski, who reflect on how The Redeem Team set a new standard for American basketball.

Ella is on the way back to her hometown with her kids for her sister’s wedding. The remote little village has changed a lot since she left: young people have long moved away, leaving mostly the old folks behind, seemingly forgotten by the rest of the world. When a huge thunderstorm hits the little town the night of the wedding, the residents of a retirement home start behaving strangely. Led by a giant retiree, a group of elderly inmates attacks the young caretakers with horrific brutality. Following a blackout, they break down the security doors and escape into the cold rain. The music attracts them to the wedding where soon Ella will have to fight for her family’s survival. The horror film will be released here on 7 October. 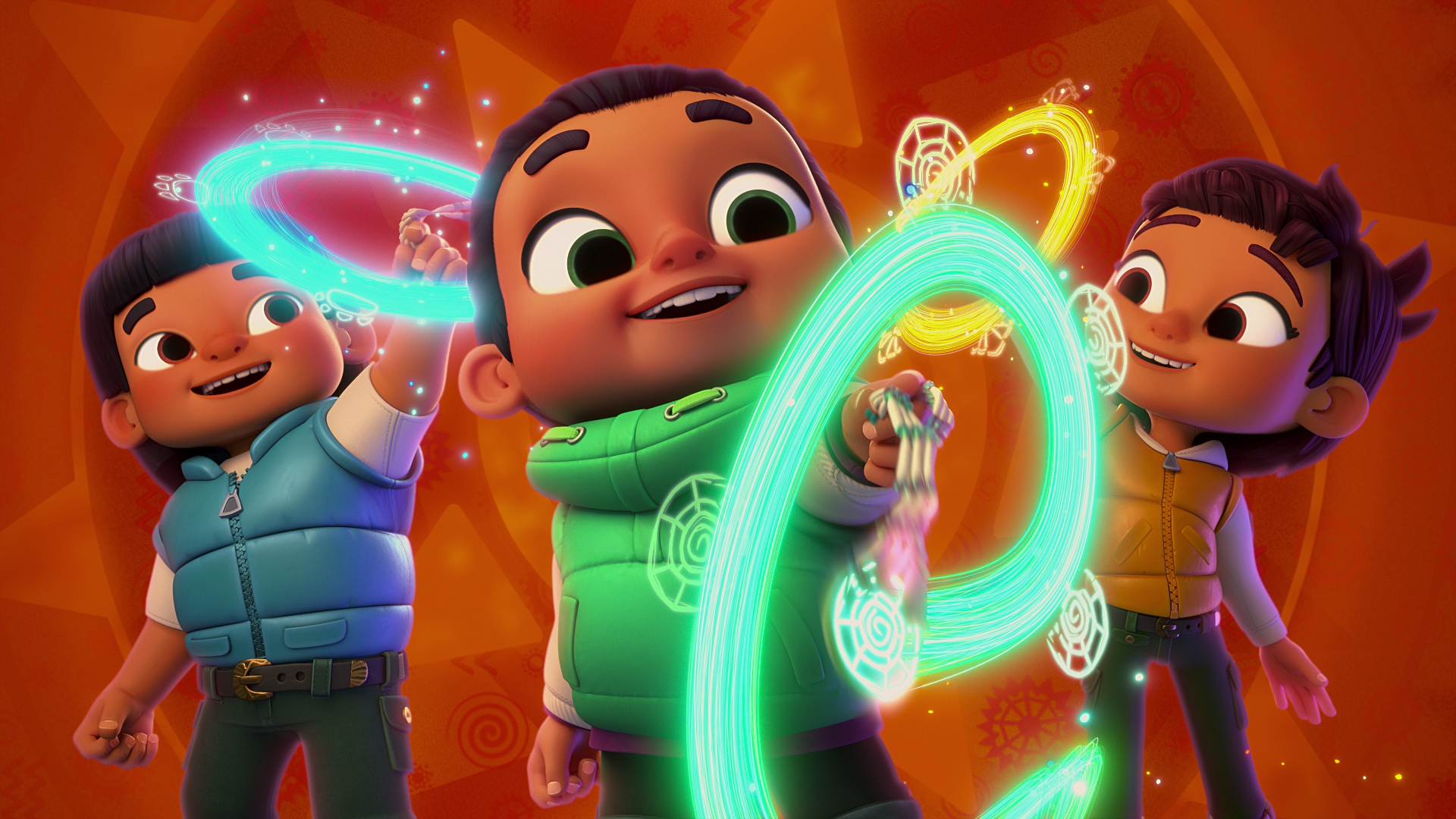 Inspired by stories from Native American tribes and the majestic landscapes of national parks of America, kids fantasy series ***Spirit Rangers*** explores the adventure and beauty of nature through the eyes of Kodi, Summer and Eddy Skycedar, Chumash/Cowlitz siblings who share a secret. This trio of kids are ‘Spirit Rangers’ who help protect the land and spirits of the national park that they call home in California Taking on new perspectives as a grizzly bear cub, red-tailed hawk and spunky turtle, the Skycedar kids take on every challenge – from helping a lost thunderbird to waking a sleepy sun – with courage and compassion. Created by Santa Ynez Chumash tribal member and the first California Native American showrunner Karissa Valencia, the fantasy-adventure preschool series celebrates community, nature and the rich heritage of Native American storytelling. Available from 10 October.

***The Playlist*** centres around the young Swedish tech entrepreneur, Daniel Ek, and his key partners who revolutionized a whole industry by offering free and legal streamed music around the world. It is a story about how hard convictions, unrelenting will, access and big dreams can help small players challenge the status quo by evolving the way we can all listen to music. You can start watching this limited series from 13 October. 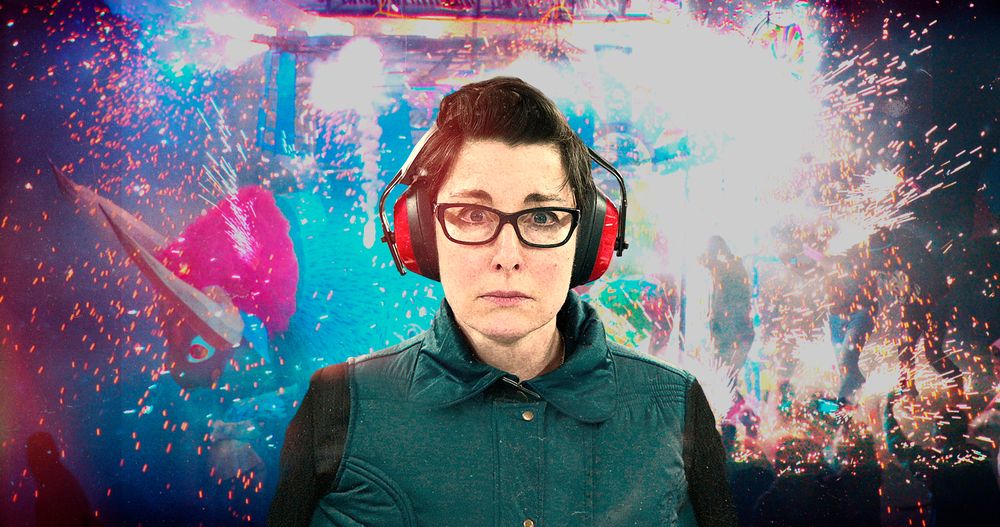 Comedian Sue Perkins has been a mostly-good-girl most of her life – she’s stuck to the rules, stuck to the script, worked hard, kept it sensible. Sue’s never even had a cigarette let alone broken the law. And now, well, she’s bored. On a journey that will take her from Mexico to Colombia to Brazil to Bolivia – from the darkest corners of the world’s biggest city to wild expanses of perfect isolation – Sue will learn about Latin American people and their attitude towards authority, love and life by doing things that she never could or would do at home… in adventurous, shockingly legal and sometimes dangerous ways. ***Sue Perkins: Perfectly Legal*** arrives on Netflix Ireland on 13 October. 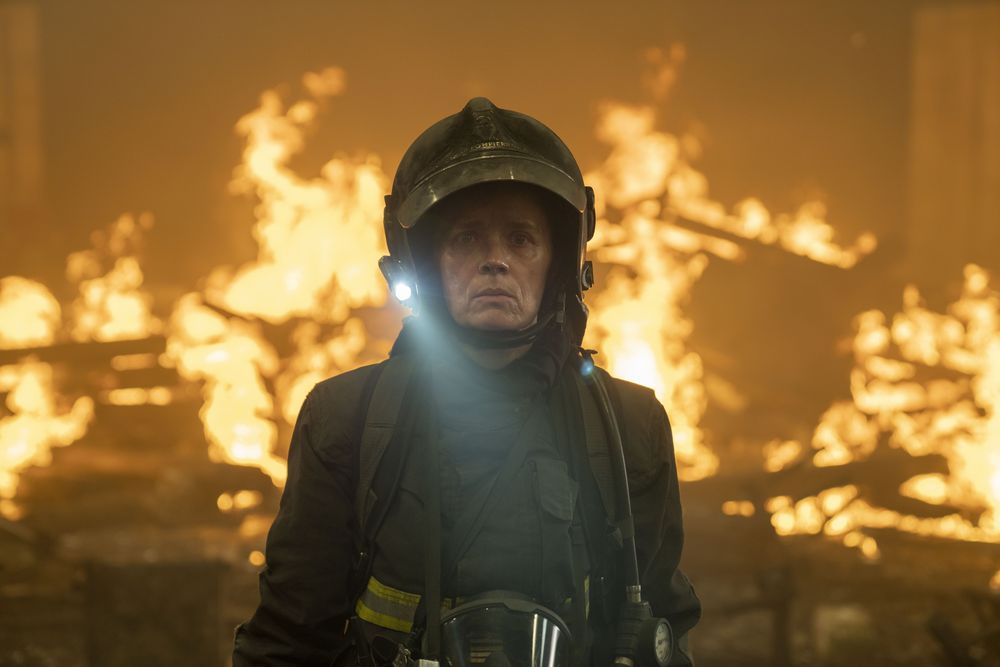 A limited series that will be released on 19 October, it takes place during the night that Notre-Dame burned. It’s about the destiny of men and women who have their own fire to put out. As the Paris firefighters try to stop the flames from spreading in the Cathedral, the show also follows characters being put through the wringer – they will have to fight each other, love each other, come across each other, hate each other, smile at or help each other – so that, in the end, they may have a chance to start all over again. 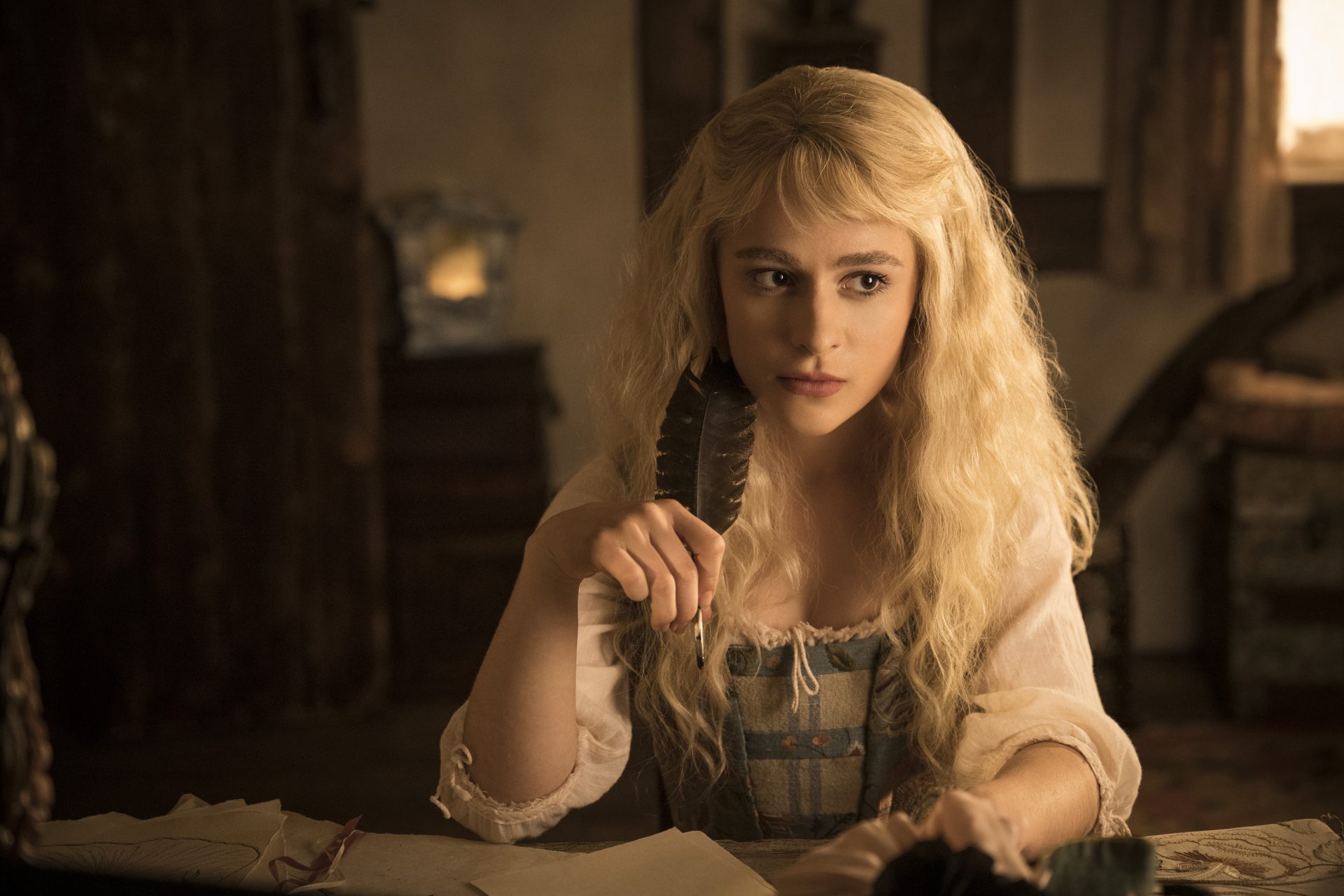 The School for Good and Evil

In the village of Gavaldon, two misfits and best friends, Sophie (Sophia Anne Caruso) and Agatha (Sofia Wylie), share the unlikeliest of bonds. Sophie, a golden-haired seamstress, dreams of escaping her dreary life to become a princess, while Agatha, with her grim aesthetic and offbeat mother, has the makings of a real witch. One night under a blood red moon, a powerful force sweeps them away to the School for Good and Evil – where the true stories behind every great fairy tale begin. Yet something is amiss from the start: Sophie is dropped into the School for Evil, run by the glamourous and acid-tongued Lady Lesso (Charlize Theron), and Agatha in the School for Good, overseen by the sunny and kind Professor Dovey (Kerry Washington). As if navigating classes with the offspring of the Wicked Witch (Freya Parks), Captain Hook (Earl Cave), and the dashing son of King Arthur (Jamie Flatters) wasn’t hard enough, according to the Schoolmaster (Laurence Fishburne), only true love’s kiss can change the rules and send the girls to their rightful schools and destiny. But when a dark and dangerous figure (Kit Young) with mysterious ties to Sophie re-emerges and threatens to destroy the school and the world beyond entirely, the only way to a happy ending is to survive their real life fairytale first. Based on the epic international best-selling series by Soman Chainani, this fantasy film will be released on Netflix Ireland on 19 October.

Documentary filmmaker Margaret Brown (***The Order of Myths***, ***The Great Invisible***) returns to her hometown of Mobile, Alabama to document the search for and historic discovery of ***The Clotilda***, the last known ship to arrive in the United States illegally carrying enslaved Africans. After a century of secrecy and speculation, the 2019 discovery of the ship turns attention toward the descendant community of Africatown and presents a moving portrait of a community actively grappling with and fighting to preserve their heritage while examining what justice looks like today. Catch it from 21 October. 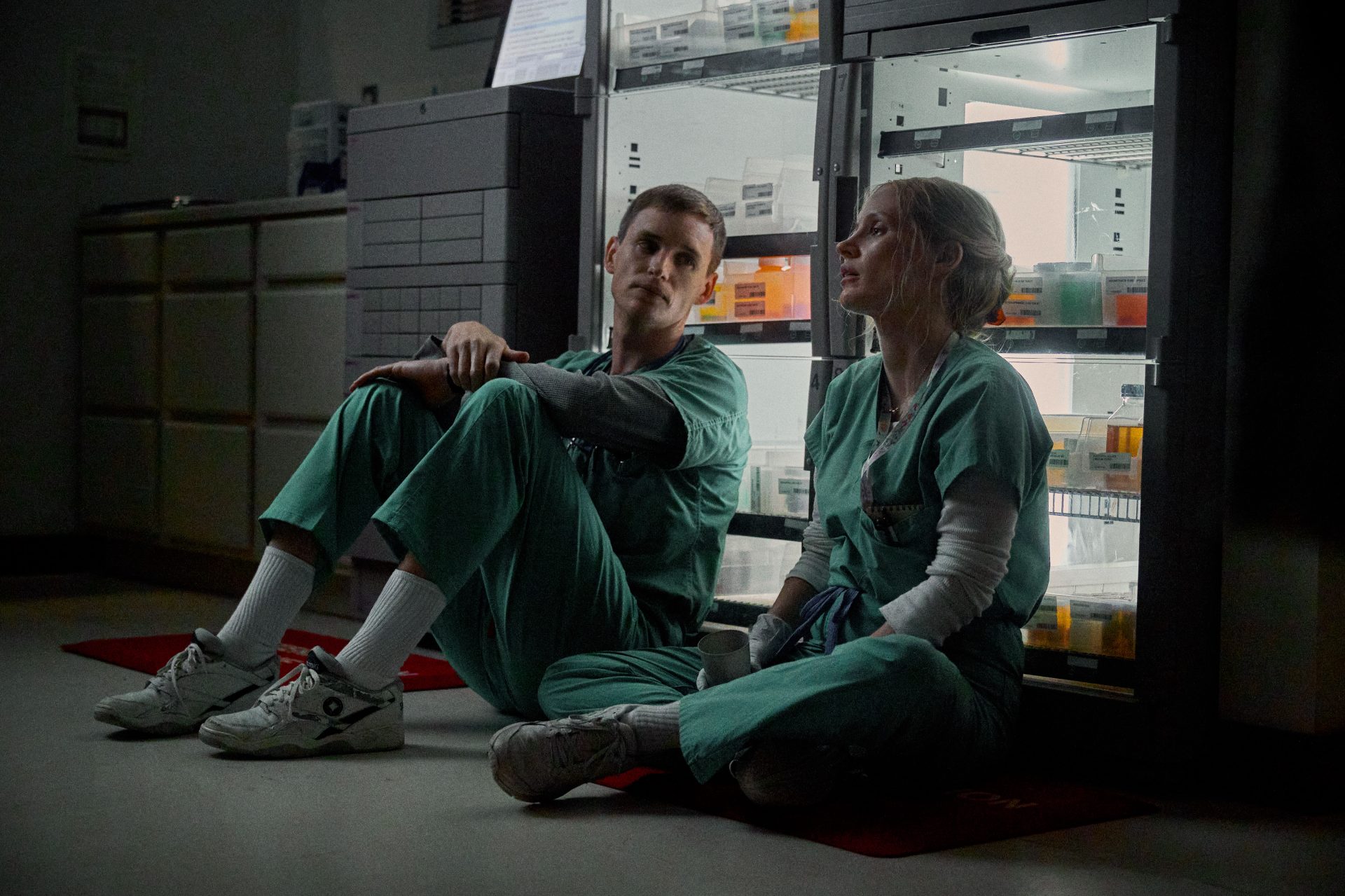 Amy, a compassionate nurse and single mother struggling with a life-threatening heart condition, is stretched to her physical and emotional limits by the hard and demanding night shifts at the ICU. But help arrives when Charlie, a thoughtful and empathetic fellow nurse, starts at her unit. While sharing long nights at the hospital, the two develop a strong and devoted friendship, and for the first time in years, Amy truly has faith in her and her young daughters’ future. But after a series of mysterious patient deaths sets off an investigation that points to Charlie as the prime suspect, Amy is forced to risk her life and the safety of her children to uncover the truth. A gripping thriller based on true events, ***The Good Nurse*** will be released here on 26 October. 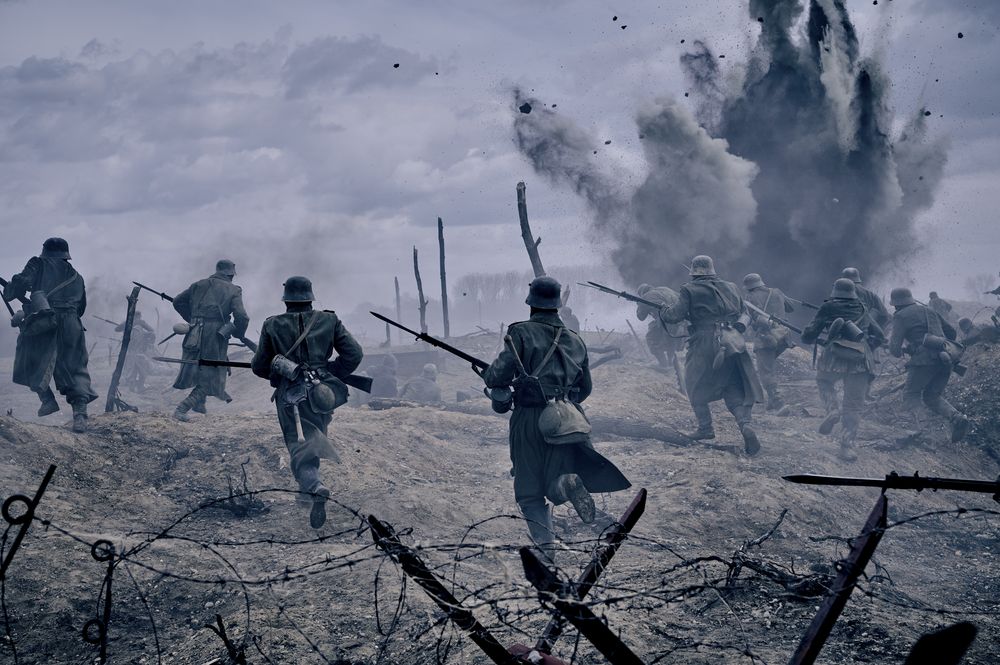 A production still from All Quiet on the Western Front. Credit: Reiner Bajo

All Quiet on the Western Front

***All Quiet on the Western Front*** (available from 28 October) tells the gripping story of a young German soldier on the Western front of World War I. Paul and his comrades experience first-hand how the initial euphoria of war turns into desperation and fear as they fight for their lives, and each other, in the trenches. The film from director Edward Berger is based on the world-renowned bestseller of the same name by Erich Maria Remarque.