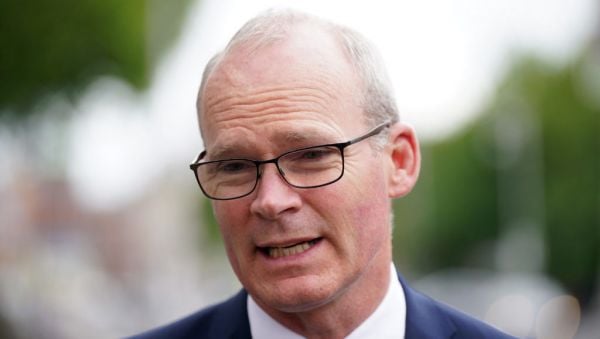 Ireland is to step up security around its offshore pipeline infrastructure after the sabotage of the Nord Stream pipeline under the Baltic Sea, the Minister for Defence has said.

Simon Coveney said there will be an increase in patrols by the Naval Service and Air Corps in the parts of the sea where there is underwater infrastructure.

Appearing before the Foreign Affairs Committee, Mr Coveney said: “We are having and have already had meetings with the Department of Energy and Climate Change.

“We’ve also had meetings with that department and Gas Networks Ireland and Eirgrid, looking at infrastructure offshore, and we are currently agreeing with the Department of Energy how we might respond to that in terms of increasing the number of patrols in those areas, both from the Naval Service and the Air Corps.

“The owners of that infrastructure also have responsibility, for example, Eirgrid have a private sector company and global company monitoring cables under the sea.

“I think it’s important also to say that most of that infrastructure, particularly the pipelines, are actually encased in concrete and are under the seabed.

“So they’re already a pretty secure piece of infrastructure. We are, as you would expect, reviewing that at the moment, and I think you will see increased Naval Service and Air Corps presence in the the parts of the sea where infrastructure is under.

“There is an equipment issue here as well that obviously we need to review and look at whether we need to factor into the capital investment programme that we have as well.”

Mr Coveney was quizzed by committee members on whether there is provision to scale up resources for the Defence Forces at short notice in response to the war in Ukraine.

Independent TD Cathal Berry told the committee: “A big concern of mine, obviously, is the situation in Ukraine. I think it’s shared by all the members of the committee here, how Ireland doesn’t really have a big say in how that situation is going to develop.

“And the trajectory that the trendline we are on is very non-reassuring at the moment.

“Is there a provision for additional funding available for defence if we need to scale up our Defence Forces at very short notice?”

Mr Coveney said it was “so depressing” to receive detailed reports of what is happening in Ukraine.

“The loss of life there, it’s extraordinary, but the resilience and the courage and the success of the Ukrainian military really has been quite extraordinary in recent weeks,” Mr Coveney added.

“They’re on the front foot. They’re gaining ground, they’re retaking parts of Ukraine that were lost to Russia.

“They’re unfortunately uncovering atrocities as they do that, and we will continue to support Ukraine’s efforts in that regard.

“How Russia will respond, whether or not they will be willing to use weapons that many of us regard as completely unacceptable and off-limits in terms of weapons that should never be used, I certainly hope Russia does not move into that space in an effort to save face or to try and change momentum on the battlefield.”

Mr Coveney also told the committee that most of the 130 recommendations made in the Commission on the Defence Forces report will be implemented.

The Government has pledged a cultural transformation in the Defence Forces, saying it will increase its budget to around 1.9 billion euro by 2028.

Mr Coveney said the department is seeking to turn Gormanstown Army camp into a specialist training centre for new recruits.

“We’re going to be losing people too through retirement and through other exit reasons.

“That is going to put huge strain on the Defence Forces, and we’re looking to design an infrastructure that can facilitate that.”

He said there will also be a post for a full-time senior ranked position of gender adviser.

“That’s being progressed as we speak. Gender diversity and unconscious bias training is also being designed into the training programmes now,” he added.

Mr Coveney said there is a “tonne” of stuff happening after the report.

“All of this stuff has been progressing at a pace that certainly I’ve never seen in the defence sector before, and with a partnership between the Defence Forces and the department, which is really strong,” he added.