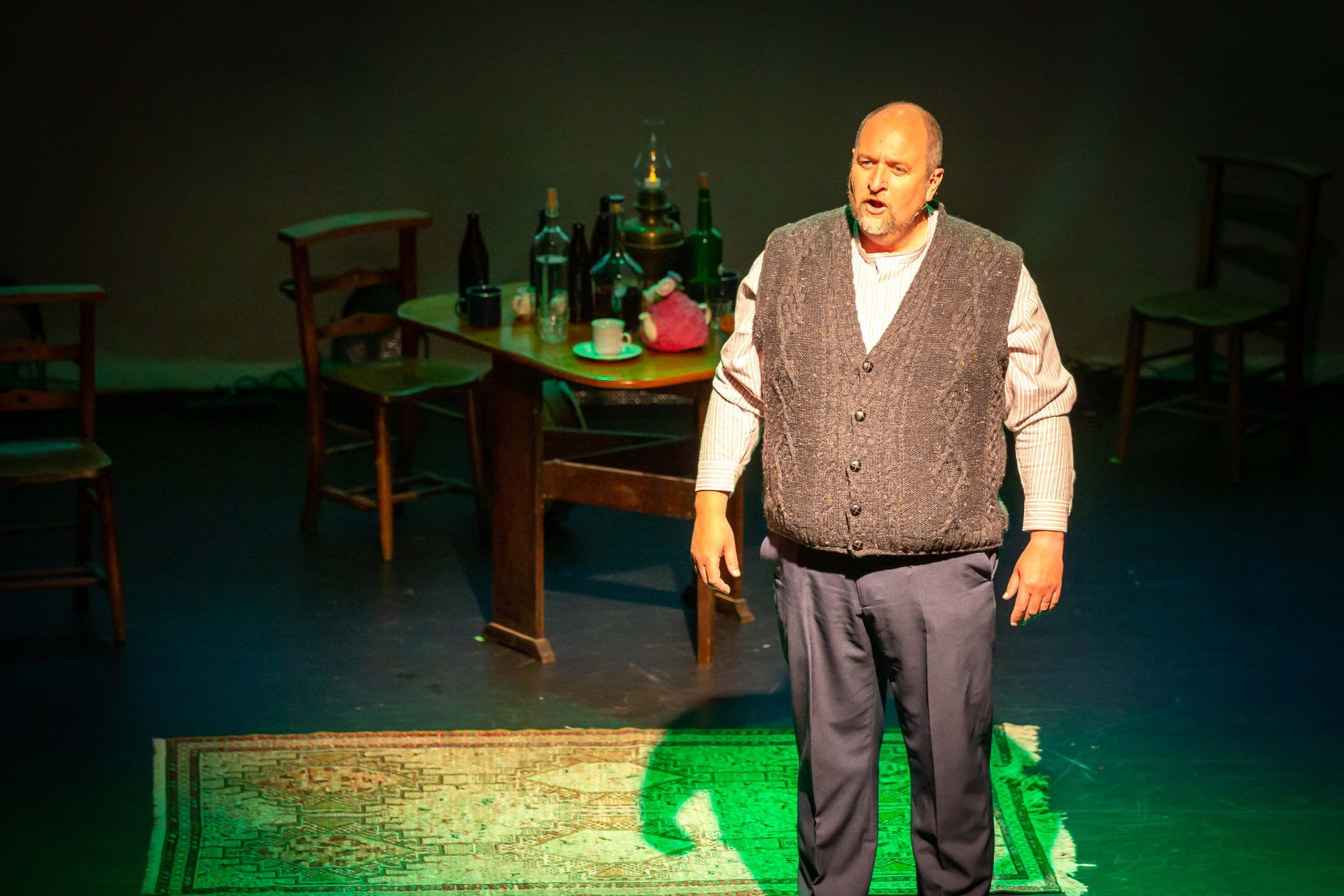 Tenor and teacher Paul Linehan in a scene from the show

A schoolteacher from Narraghmore is to bring his musical about a relative who was the first immigrant recorded at Ellis Island in 1892 back to The Moat Theatre in Naas on 30 October, “before we bring her home to Cork in April”.

Paul Linehan, who teaches in the National School in Kildare town, but who has sung professionally for 20 years, is related to Annie Moore, as his great-grandfather was her first cousin.

Incredibly, Paul was notified of this by genealogist Meghan Smolnyk – the woman who discovered Barack Obama had Offaly roots.

“Through church records she found there was quite a few of us around Cork who were related on the Cronin side,” said Paul.

“I went over for a visit in 2016 and met loads of American cousins, and then when lockdown kicked off I thought there might be something here so I started writing a few songs,” he said.

The show premiered in the Moat on 27 May, and ‘Annie Moore- First Immigrant’ is a musical and historical account of the first immigrant to be processed through Ellis Island, New York in 1892.

Ten new and original songs, coupled with a well-crafted narration from historian and librarian Mario Corrigan, and a dramatised ‘American wake’, combine to illustrate a life of hardship and struggle in a bid to triumph over adversity.

It explores the theme of immigration, through the lens of Annie’s experiences and the different phases of her life, the characters she met on her journey, success and losses and ultimately her family’s integration into the U.S.

“She had no other claim to fame except for being the first name through Ellis Island,” said Paul.

“She just had a regular immigrant’s life in New York which wouldn’t have been pleasant,” he said.

The evocative lyrics of the songs in a variety of styles enlighten and challenge the participants as they express different characters’ views on the immigrants arriving to America.

Starring Clodagh Donnolly as ‘Annie’, Paul Linehan as ‘Gus’, with Mario Corrigan as the narrator, and a terrific live band, all the elements combine to create a fantastic evening’s entertainment of tuneful new music, familiar themes of immigration and a challenging call to reflect on our perceptions of those on the margins of society.

“This was one of the big attractions of the show, in that it gave a context to the immigrant and refugee status today, and has it changed much in 100 years? Nothing has really changed for them,” said Paul.

“Forty seven million went through after her, which is a ridiculous amount,” said Paul.

“She got a gold coin for her troubles, but we reckon that was drank fairly quick,” he added.

“The descendants of Annie Moore have done very well in the American Dream, but she was the key to the door for all of them,” he said.

The show will return to the Moat Theatre, Naas on Sunday, 30 October, before heading for Carlow on 2 April, and then on down to Annie Moore’s hometown of Cork City and a performance on Sunday, 2 April next year in the Everyman Palace Theatre. 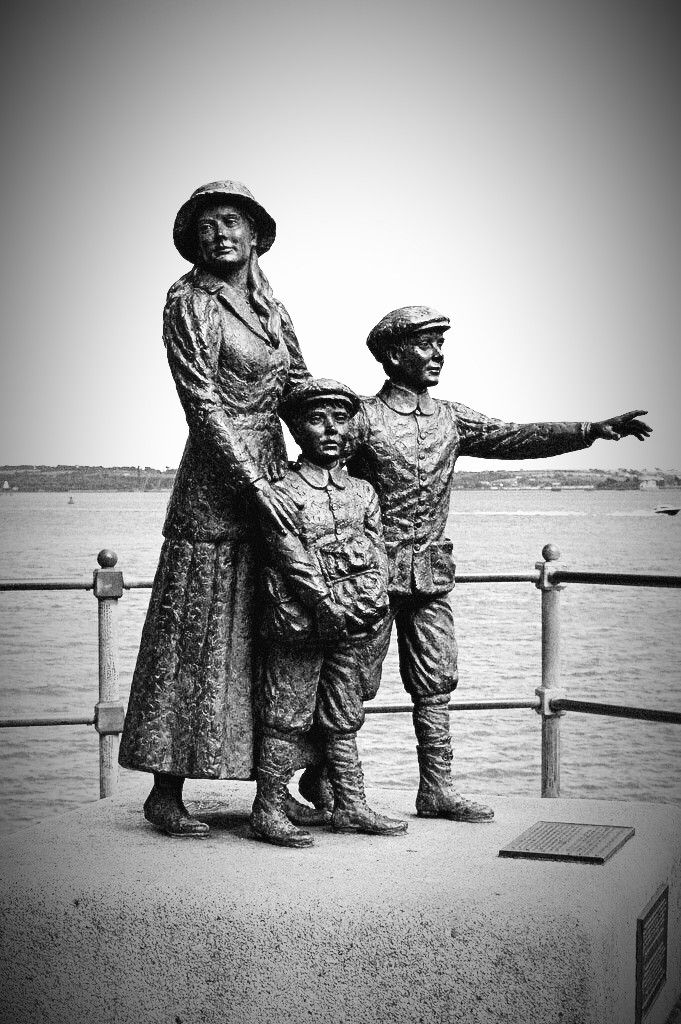 The statue of Annie Moore in Cobh 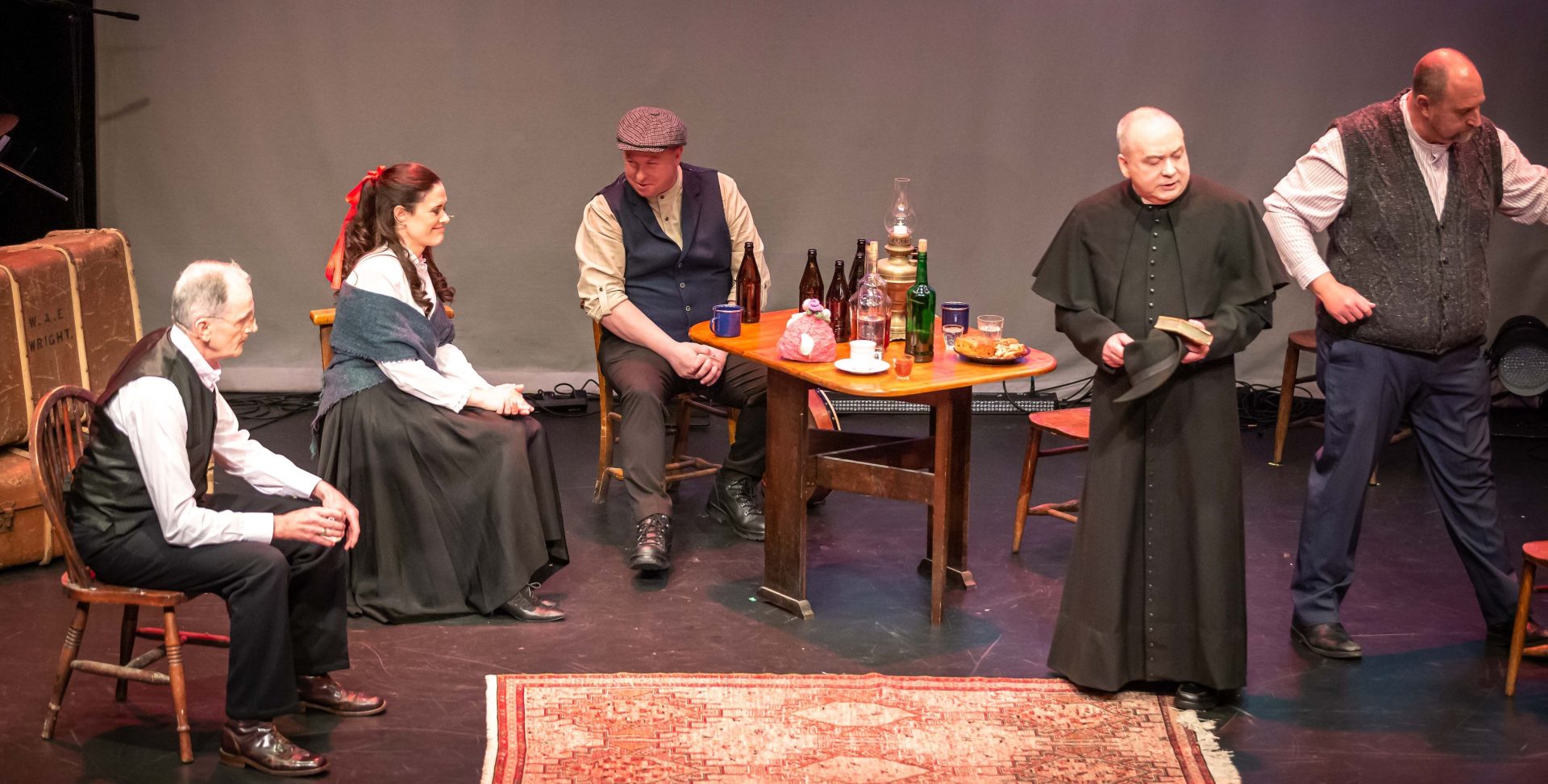 A scene from the original performance 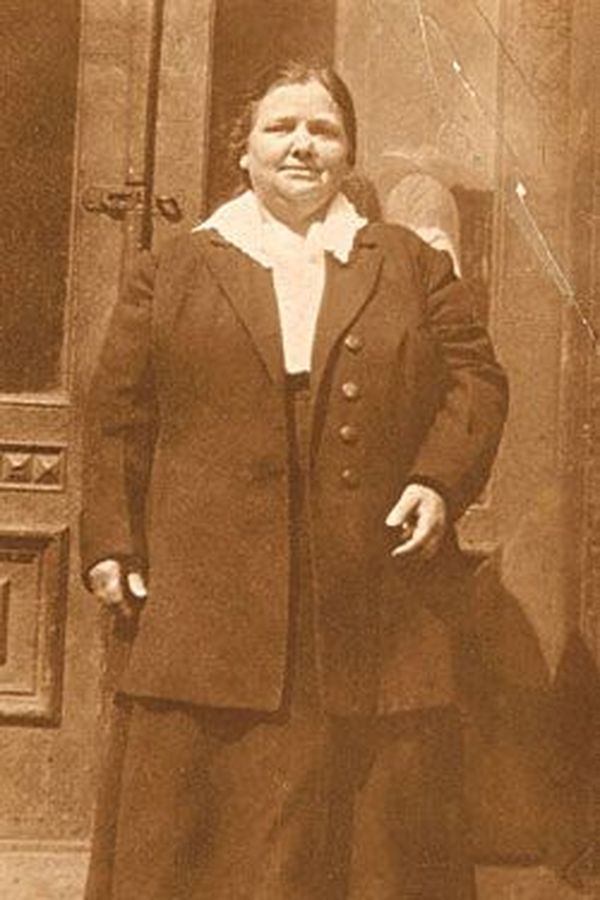 Annie Moore, the first immigrant to pass through Ellis Island 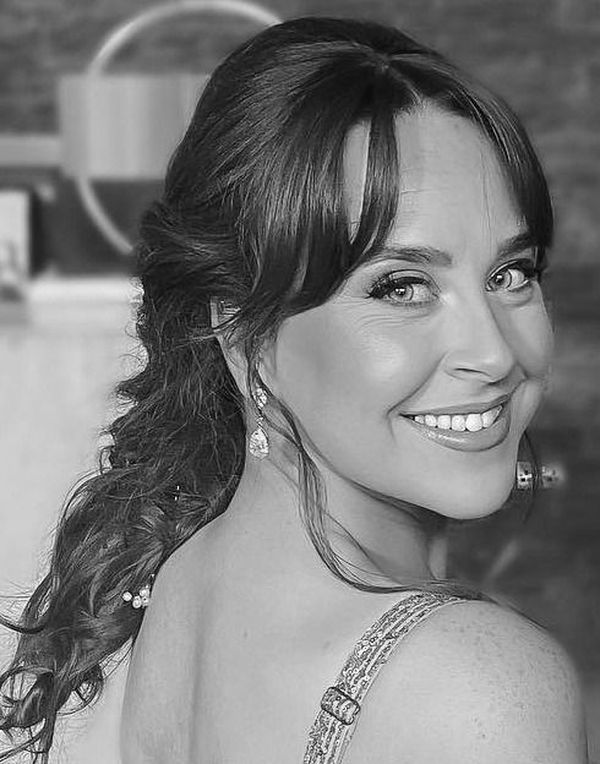