AFTER the outstanding  Irish debut of Eadestown’s Jimmy O’Brien off the bench against South Africa on Saturday last comes the news that Athy’s Jeremy Loughman will start for the first time at loosehead against Fiji next Saturday. 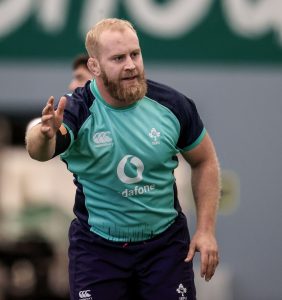 The Munster man will start in the the front row alongside Rob Herring and captain for the day, Tadhg Furlong.

Eadestown’s Jimmy O’Brien will earn his second cap from the full back position while another Eadestown man, Tadhg Beirne, continues in the second row.

Another Kildare player, Cian Prendergast, is most likely to earn his first cap off the bench on Saturday. The former Newbridge College player, who plays for Connacht, has been impressive with the Ireland “A” side.