Republic of Ireland Manager, Stephen Kenny, named a 25 man squad for two friendlies against Malta in the Aviva on 17 November and away to Norway three days later. 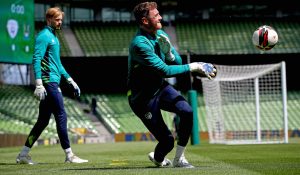 The squad includes two Kildare players once again. Maynooth’s Mark Travers, AFC Bournemouth is one of three goalkeepers in the squad while Leixlip’s Nathan Collins, Wolverhampton Wanderers, in included as one of nine defenders. 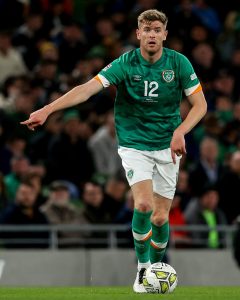 Leixlip’s Nathan Collins in the Republic of Ireland squad for friendlies against Malta and Norway Photo: INPHO/Ben Brady

The 23 year old Travers started the season as the first choice keeper before losing his place but he recently regained his position in goals for the Cherries while 21 year old is performing well in defence for his new club, Wolves this season.