NAAS RFC have made two changes to the starting 15 for Saturday’s Energia AIL Division 1B game against St Mary’s College in Forenaughts with KO at 2.30pm. 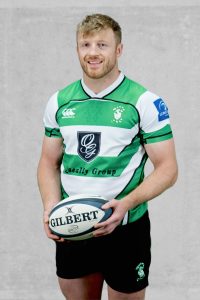 Paul Monahan will captain Naas RFC in the Energia AIL Division 1B game in Forenaughts on Saturday.

Craig Ronaldson has returned from injury to fill the No 10 shirt and he will be joined at scrum half by Conor Halpenny. Last week’s half back partnership of Bryan Croke and Oscar Cawley step down to the bench for this one. The side will be captained by Paul Monahan from the second row.

Included in the Match Day Squad is former Newbridge RFC and Newbridge College player, Jordan Duggan. The 24 year old prop made his PRO14 debut for Connacht against Ulster in August 2020 and will be a welcome addition to the Naas Squad as they look to continue their move up the AIL Division 1B table.