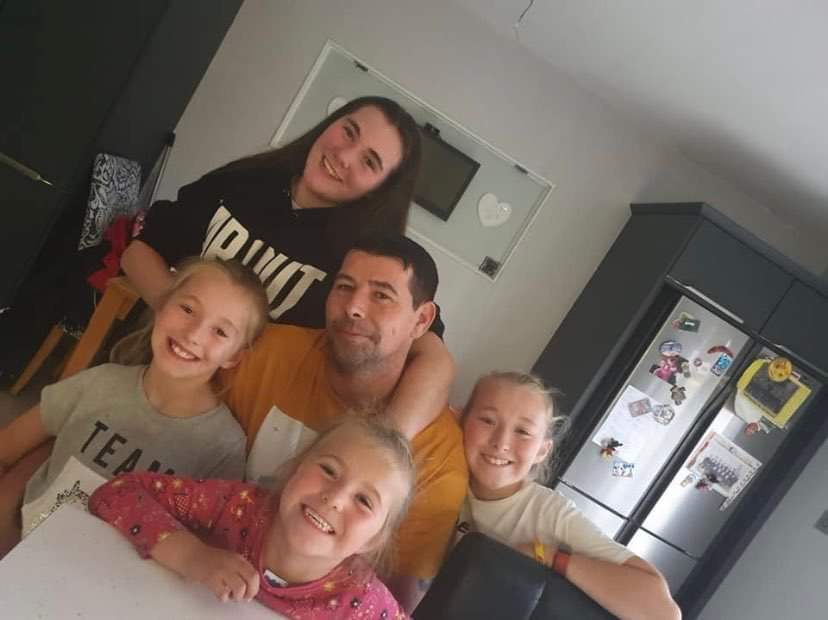 David with his daughters

This is an up-to-date version of the article that appeared in this week’s paper.

A GoFundMe campaign has been set up for the family of a Castledermot man facing amputation following an accident last year.

David Mooney – a self-employed electrician – fell off a wall in his garden in April 2021 and broke bones in his leg. Despite numerous operations and procedures, it hasn’t mended.

One of David’s daughters, Jessica, is on TY work experience at Pitfield Equestrian just outside Castledermot, which is owed by Margaret Kinsella. Margaret set up the GoFundMe to help make life a little easier for the Mooneys for Christmas and the future and thus far over €8,000 has been raised of a €20,000 goal.

Margaret, who spoke in glowing terms of Jessica and her work ethic, agreed that such a fantastic response is testament to the generosity of the people of Castledermot.

“We’re a very small community here and 90% of it is Castledermot contributions,” she said.

David’s journey over the last 18 months has been a tough one by any measure. His wife Nicola told the Kildare Nationalist that when he fell back in April 2021 and smashed his shin bone and his knee bone and was taken to Tallaght hospital, everyone assumed it would all be okay in a few weeks’ time.

The bones never healed and infection after infection set in and despite being in the theatre eight times, sepsis almost got out of control. Now, the only solution is an amputation of the leg from above the knee and this was scheduled to take place today (Wednesday 23 November).

There’s no doubt it’s been a tough time for David, Nicola and the four girls, Jessica, Alisha, Kacie and Sophie. Because he was self-employed, he did not qualify for any government assistance, closing his company on 1 November was the last resort.

Margaret brought the plight of the Mooney family to the attention of the local community via Radio Castledermot and explained how the GoFundMe campaign worked and how great a help any money raised would be for the family facing travel and medical expenses and so on.

There is such outpouring of sympathy and support for this cause and hopefully it will result in the fund reaching its target of €20,000 by Christmas. If anyone out there could spare a few bob, it will make a big difference.

As mentioned, the Mooney’s story was initially highlighted on Radio Castledermot on 7 November, when John Phelan spoke to Nicola, Jessica and Margaret (the latter had brought it to his attention).

John highlighted the fantastic support from the local and wider community both during and after the show.

“We in Radio Castledermot said that it’s something that we should cover and bring to the community’s attention, and I have to say it’s getting great support in the community and we’re after getting great feedback after our show [that] Monday night,” he said. “A lot of comments coming in on the night and even afterwards from people in the community, in the wider community, showing their support for the family.”

The next journey for the Mooneys is beginning and everyone in Castledermot and indeed the wider community of Kildare and further afield wish them all the best. Please do a little to get them on their feet again.

At time of writing, the campaign has raised over €8,300 for the Mooneys – a great showcase of the fantastic support of the community. For more details and to lend your support, visit gofundme.com/f/Mooney-family-needing-community-support.