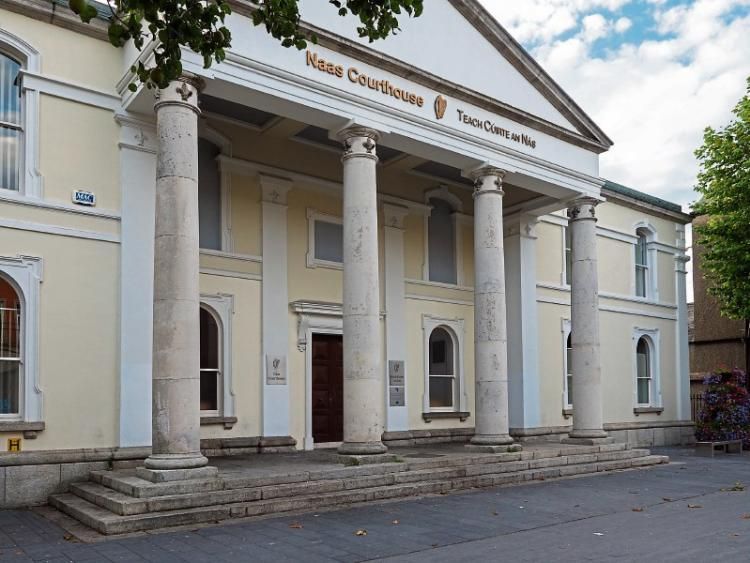 A WOMAN whose family pet mauled an underage GAA player during a match, was given a chance to avoid a conviction after a judge ruled “it was not a deliberate act”.

Appearing in Naas District Court last week (17 November), the defendant charged with failing to control her dog – an Alaskan Malamute – while out walking beside the Eire Óg GAA Club in Caragh on 27 January, 2019.

Sergeant Brian Jacob for the State told the court that when the defendant was walking the dog nearby when an u-13 match was going on, the dog got loose, ran onto the pitch and “bit the child”.

“It was a nasty wound, and required 40 stitches,” he said.

“The dog was held down by three men nearby… and was put down the next day,” he said.

“The boy took a claim, and got significant compensation, believed to be around €60,000 from the house insurance,” said the sergeant, who also revealed that the Malamute – though a large dog – was not on the Proscriptive List of dog breeds that have to be muzzled in public.

“It was the family pet, and was on the lead, but between the collar and the lead a link opened, the dog took off and ran down the road,” said David Powderley, defending.

“Initially, it was petted by people, then did what a dog will do,” he said.

“It was a family pet, and they were devastated, they had the dog for eight years,” he said, and asked the judge to be as lenient as possible.

Judge Desmond Zaidan asked the sergeant what were the penalties available to him, and the sergeant told him it was a maximum fine of €500 on each of the two charges.

“I thought about banning her from owning another dog in the future but I heard Mr Powderley, and he thought it was an accident,” said the judge.

“It wasn’t a deliberate act,” he added.

It was a malfunction on a lead, and it wasn’t wilful neglect on behalf of the owner,” he stated.

He then indicated that he would accept a substantial donation to the court’s Poor Box, and when Mr Powderley said his client was willing to donate €2,000 to the Kildare and West Wicklow Society for the Prevention of Cruelty to Animals (KWWSPCA) the judge agreed and told Mr Powderley that if he had that money in court on 24 November he would give his client the benefit of the Probation Act.

*The name of defendants who appear in Naas District Court cases are not printed on our social media sites but will be printed in the Kildare Nationalist newspaper, currently available in your local shops or in our online edition here.