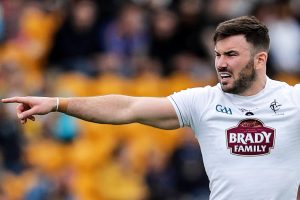 IN his column, Conway’s Corner, in this week’s Kildare Nationalist, in your shops now or online at www.kildare-nationalist.ie, former Kildare intercounty star, Fergal Conway, looks at, among other things, preseason training and the FIFA World Cup.

WHATEVER the pre-season training start date is for GAA teams you can be sure many teams around the country won’t be sticking to it!

This time of year should aim to be a balanced one for players, especially if they are off the back of a long year with county and club. I saw a tweet during the week from Niall McNamee of Offaly asking his followers “Do I keep training and stay fit or do I stop training and try to get fit?”. 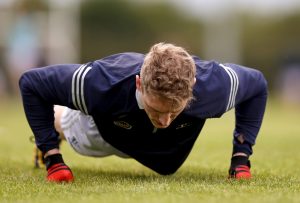 For most players a week or two of down time to let the body reset will be enough, after all the majority of people enjoy being active and staying fit so doing nothing will become boring. The end of year seems to always be a time to try and get any lingering injuries right as once the New Year comes the Allianz National League campaigns will be up and running, after the pre season tournaments, that is.

There is always a fear that you will leave yourself with too much to do if you take the foot off the pedal, so in the Niall McNamee case I would try stay fit and work on any niggles.

That fear always comes with the thoughts of some gruelling sessions and we had a few tasty ones over my career. Several years ago we spent a weekend in the Glen of Imaal Army Training Camp. As grim as these sessions are they do offer a nice peace of mind that when you’re going into battle you know that you have that hard work under your belt.

Another year we went to Bere Island in Co. Cork but I was lucky to be away that Christmas!

It goes without saying that most years there is a trip to the Curragh on the cards which offers up some nice spots to leave the lungs.

As I mentioned at the start balance is needed for players before stepping into January as after that it is tunnel vision on the task ahead.

Hopefully players have time to let the body and mind reset by either taking time away with partners or catching up with friends as personally I believe this is just as important to keep you in a good mindset, along with the usual gym work and running.

With the level that players are at now in terms of Strength and Conditioning, Nutrition and lifestyle it is very rare that they will they let themselves go in off season as they know what is needed to compete at this level. If only starting out, though, players will soon learn and it will be an awkward conversation with the nutritionist about you’re the new waist size.

Players have a little bit more time to try other training types of workouts and we saw during the Covid restrictions people got to experiment with various training methods.

One that I found very beneficial, at the time, was hot yoga as I needed something to try help my knees and I tried to do more of in the off season. I think I would have had to call my time earlier if I didn’t introduce it as it has had a really positive impact on my body and injuries. Off season or preseason doesn’t have a one size fits all, players need to do what works best for them and keeps them in the best shape or injury free.

Since stepping away from the intercounty scene a few weeks ago I have had a chance to sample life outside preseason and I have to say I have certainly enjoyed the new experience. Let me wish all the best to all my former county colleagues in the weeks and months ahead.

The soccer World Cup began on Sunday. In any “normal” World Cup we would have had much more of a build-up with excitement and anticipation. It seems ironic that last week

was Stand up Awareness week which is about solidarity for young people and standing with them rather than against then. It ensures that they feel safe in the biphobia, homophobic, and transphobic language and bullying will not be stood for or tolerated.

All week the media highlighted some shocking figures in relation to the World Cup in Qatar, like the 6,500 migrant workers who died over the past 10 years as Qatar started a massive building programme mainly in preparation for the football tournament.

This World Cup doesn’t bring excitement like ones gone by and I’m no human rights expert and never will claim to be but it seems a bit late in the day to try jump on the bandwagon of boycotting.

More should have been done when Qatar were awarded the World Cup. Let’s not forget Russia had its own human rights issues when they hosted the tournament also.

Let’s hope the whole experience of hosting the World Cup makes Qatar take some learnings from it and become a more of an open state.

We are lucky to have an organisation in the GAA that is inclusive to all and embraces diversity and we see great examples of this during pride week and players wearing rainbow laces or the pride flag being flown in Croke Park or even the rainbow colours on the sleeve of the UL GAA jersey.

These are always great things to see but we can always stride to do more.

Finally, can I wish every success to Naas who take on Ballyhale Shamrocks in the AIB Leinster Club senior hurling championship semi final in Croke Park on Sunday afternoon. They are representing their club and the county at the highest level of club hurling and I have no doubt that they will take the chance to show the strength of hurling in the county at the moment. Who better to gauge this against than one of the most successful clubs in the country.

Conway’s Corner appears in the Kildare Nationalist each Tuesday.