IN the weekly Supporter Column in this week’s Kildare Nationalist, in your shops now or online at www.kildare-nationalist.ie, there are a few musings over the current Football Championship structure in the county and a few questions are asked about how it might be improved.

“THINGS that annoy me” was the title of a ten-page essay we were handed as punishment for some group indiscretion (that obviously didn’t involve me) in sixth class. I often think back to that when writing this column. It was useful practice. 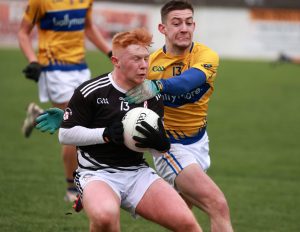 The short-lived campaigns of Naas, Ballyteague and Straffan in the provincial club championships didn’t so much annoy as disappoint me and it would be unfair to criticise clubs who have had such outstanding years prior to the Leinster campaign.

Whether the club championships are a valid pointer to the overall strength of a county in any given year is open to debate. I read during the week – and had to check it for myself I was so surprised – that only one Tyrone club has won the Ulster championship, Errigal Ciarán on two occasions. That hasn’t held the county side back it’s fair to say.

But on balance, over the course of over half a century, it still feels like a concern that only Raheens and Moorefield (twice) have successfully represented Kildare in the Leinster senior grade. As I pointed out before Naas exited, Kildare rank only sixth in Leinster in the competition.

Unlike Tyrone our lack of success at club level is not exactly an outlier. At inter-county level we have won two provincial titles in 66 years and no All Ireland in 94 years. We have never won the National Football League, the All Ireland Minor or the All Ireland Junior. We have two under-20/21 titles in that competition’s 58-year history. These things do annoy me.

We kid ourselves we are a football county, a GAA county, but the reality is we are among the great underachievers of the sport, particularly relative to our population (second highest in Leinster) and relative wealth.

Only a fool expects to get different results from doing the same thing over and over and while many different ingredients go into the achievement of success in any sport, it might be time for the powers-that-be to look seriously at whether the structure of the club game is doing us any favours at present.

The County Board, belatedly perhaps, have shown the willingness to mirror what other successful counties have done in forming a “panel” of under 23 players who are too old for under 20 but are not ready for the senior county side. While the devil is always in the detail, and I’m not sure exactly how that will work, it is a move that was overdue and is to be commended.

But back to our club championships. In football we have 16 teams at senior level, 16 at intermediate and 12 at junior.

I heard Davy Burke refer to the high quality of it, and I don’t like to disagree with him, but to my eyes, the likes of Sarsfields, Athy and Moorefield have taken a step backwards in the last couple of years while Celbridge continue to blow hot and cold and struggle to win big matches.

Arguably, Raheens have stalled a little although they have youth coming through, and Maynooth were disappointing this year. St Laurence’s are another team struggling to hit previous highs.

Realistically, very few teams have a hope of being involved at the business end of senior, which makes you wonder if something like a “Kerry” set-up (eight senior teams in the club championship followed by a regional county championship) would work.

Meath are running off a regional competition as well, though it is more of a standalone affair.

In Kildare, with the concentration of population in the North and East of the county a regional competition would be difficult, though not impossible, but it makes plenty of sense to look at reducing the number of teams competing at Senior, and maybe Intermediate level, to generate highly competitive action across all grades.

I think eight teams at Senior would be too drastic. We see in hurling that eight is proving to be an unhelpful number with one decent team going down each year under the current set up, Éire Óg

Corra Choill suffering that jolt last year and Leixlip this. That’s arguably not helping the interest level in what remain essentially “senior” clubs.

In football, I would divide the 44 clubs into four tiers. There should be no more than ten senior clubs, who could be organised into two groups of five. The group winners could qualify automatically for the semi-finals with the second and third placed teams playing off in quarter-finals. The bottom team in each group would meet in a relegation play-off.

Whether the second tier is called Senior B or Intermediate, you would have ten teams in that as well with the same set-up as Senior A.

The third and fourth tiers would have 12 teams each, playing in groups of six. It may be necessary to operate the last tier of 12 on similar lines to Junior this year with a stronger group and a weaker group, so essentially that would make 5 tiers.

If such a set-up applied in 2023, based on this year’s championship standings, you would have:

While the upside of that structure would be the highly competitive nature of all games in the top tier, and hopefully all tiers, a valid counter-argument could be that fewer players get to compete at the highest levels.

Perhaps a “regional” competition for players outside of Tier 1 who did not play inter-county that year would provide an opportunity for players to stake a claim for the county panel as well as to test themselves at a higher level, but that would have implications for the Under 23 competition which has been well-received in general. The most common solution to GAA problems would be a longer year.

Of course, turkeys haven’t been known to vote for Christmas, and it is highly unlikely such a radical reduction in the higher tier numbers would happen, but surely it would be worth a try for a three-year trial period?

The Supporter Column appears in your Kildare Nationalist each Tuesday.