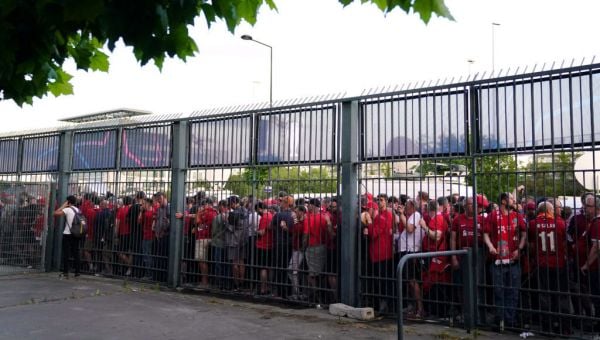 UEFA has still to be notified when the independent review into the chaotic scenes at May’s Champions League final will be published.

UEFA stated it aimed to have the report published by the end of November but with less than a week remaining it is still waiting for confirmation of when the report will be received.

“UEFA has not yet been informed of a concrete date for the publication of the report being currently prepared by the Independent Review team led by Dr Brandao Rodrigues,” said a UEFA statement given to the PA news agency.

Concerns were initially expressed in some quarters over the appointment of Rodrigues just two days after the final as he previously worked closely with Tiago Craveiro, then chief executive of the Portuguese Football Federation, who in March this year moved to become an adviser to UEFA president Aleksandr Ceferin.

However, fears seemed to have been allayed, certainly among some groups on Merseyside, when Rodrigues and his team visited to gather information and take statements from the club and organised supporters’ groups.

PA understands in one meeting Rodrigues was reduced to tears by fans recounting their stories of events at the Stade de France and the parallels they drew with the 1989 Hillsborough disaster – which some of those being questioned had direct experience of – where 97 Liverpool fans died.