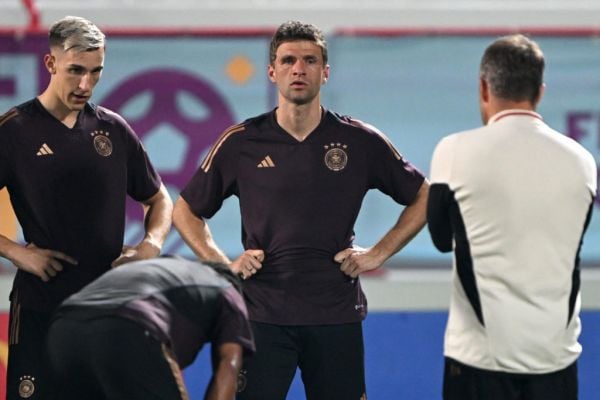 Spain and Germany played out a 1-1 draw in their Group E match at the World Cup in Qatar, with the goals coming from Alvaro Morata and substitute Niclas Fuellkrug.

Earlier, Croatia came from behind to beat Canada 4-1 in their Group F clash while Morocco beat Belgium 2-0 and Costa Rica defeated Japan 1-0.

Kilkenny’s Ballyhale Shamrocks defeated Kildare’s Naas 3-22 to 1-16 in the first of the Leinster club hurling semi-finals at Croke Park.

Ballyhale will now meet Dublin’s Kilmacud Crokes in the final after the Stillorgan men beat St Mullin’s of Carlow, 1-24 to 1-12.

In the last four of the Ulster club football championship, Derry’s Glen beat Antrim’s Cargin 1-10 to 0-8 at Healy Park.

In Ladies Football, Donaghmoyne beat Kilmacud Crokes 1-11 to 0-7 in their All-Ireland club semi-final.

Melbourne beat the Brisbane Lions, which includes Tipperary’s Orla O’Dwyer, by 2-7 to 2-3.

The tournament has gone to a play-off between Caroline Hedwall and Morgane Metraux.