NEW Kildare LGFA senior manager, Diane O’Hora gets her competitive campaign off with a home game against Down in the 2023 Lidl Division 3 National League on 22 January. 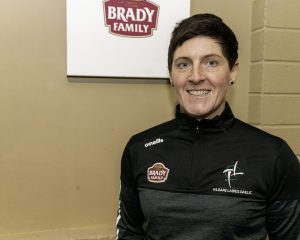 Kildare will have four home and three away games in the 2023 and will be looking to build on their Leinster championship victory of this year to gain promotion under their new manager in 2023.

Diane O’Hora told the Kildare Nationalist that she was delighted to have four games in next year’s League but recognised that there would be nothing easy about the away trips to Clare, Offaly and Sligo.

It is expected that double headers with the Kildare senior footballers’ League games will be explored for 2023.

The Kildare LGFA League panel is being finalised at the moment and should be confirmed in the next week or so.