KILDARE GAA will report a bumper annual surplus of almost €1.1m for the year to the end of September to delegates at the County Convention on Wednesday night in the Osprey Hotel. 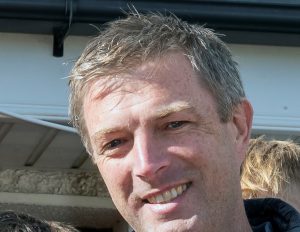 That figure, up from just under €700k in the previous eleven-month period, includes €400k of income from unidentified sources in relation to the stalled St Conleth’s Park redevelopment.

Kildare GAA had previously indicated that they were seeking funding from overseas investors under the Immigrant Investor Scheme and under the same scheme, Louth GAA are reported to have secured €14.1m towards their county ground development costs, but it is not clear in the accounts whether that is the source of Kildare’s much smaller windfall.

With the benefit of that income and the healthy results generally the County Board have been able to transfer a further €650k to the St Conleth’s Park Development Fund, which now stands at €1.650m.

Spending on that project in the year was €106k, bringing the overall cost to date to €819k before a sod has been turned in the county grounds. The expectation was set at recent County Board meetings that work would commence in 2023 having been put on hold due to increasing construction costs.

Income overall increased to €3.4m (from €2.1m in the previous eleven months) while costs went up from €1.5m to €2.3m. Comparisons are difficult due to the impact of covid-19 on attendance at games in the previous year but gate receipts and share of National League income between them came to €765k compared to just €253k in the previous year.

Kildare’s ticket pricing has come in for some criticism this year with county final admission proving to the most expensive in the country.

Always a hot topic in the GAA generally, team preparation expenses seem relatively low in Kildare, even if the spend was up from €528k to €839k. That still pales into insignificance when compared to Galway’s eye-watering spend of €2.1m on their county teams, albeit their footballers went all the way to the All-Ireland final.

Full Report in this week’s Kildare Nationalist in your shops now or on line at www.kildare-nationalist.ie