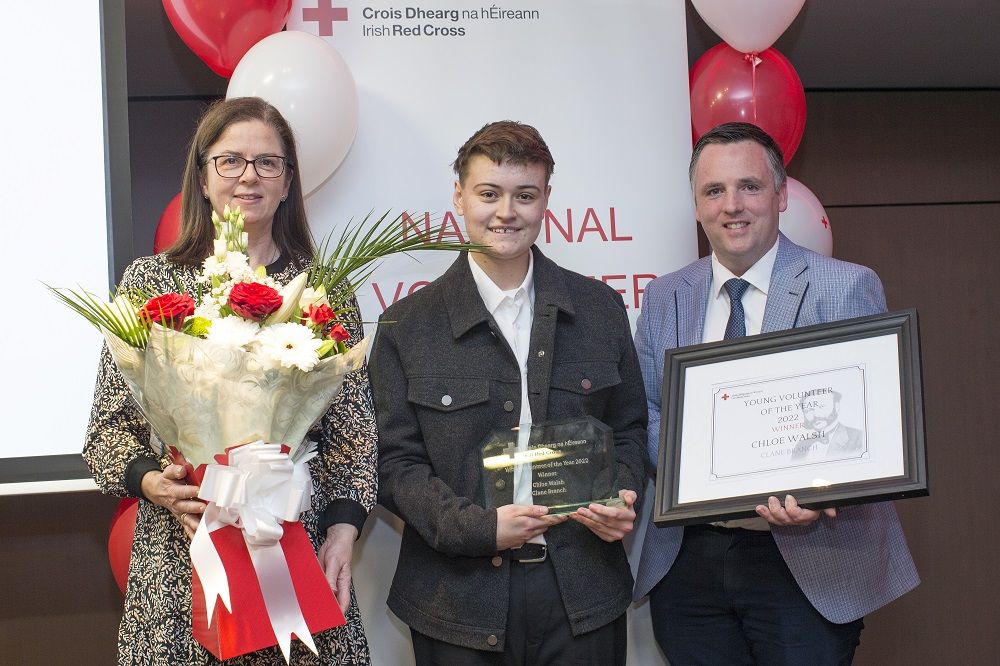 Chloe Walsh was absolutely critical as a team member supporting Ukrainian refugees at Maynooth University. She worked on both the June & August projects and was the project leads’ key support person. She was extremely reliable, always helpful and was loved by all the Red Cross team. She worked at Maynooth all through her Leaving Cert, and project leads found it hard to convince her to take time off for herself, such was her dedication. She assisted with daily clinics helping displaced persons with welfare and medical issues, bus arrivals and departures, medical clinics, voucher distributions and transportation to hosted accommodation. She assisted in settling people into their new accommodation, going with the crew from Maynooth to as far away as Kerry and Donegal as well as multiple locations around Kildare and Dublin. Alongside this, she attended training and first aid duties as well. Her ability to quietly, productively and efficiently perform any duty requested while anticipating future needs and acting accordingly is a rare skill. She is a fantastic ambassador for our organisation and our country.

Secretary General of the Irish Red Cross Liam O’Dwyer said “Chloe is an amazing Irish Red Cross volunteer and along with her team does so much amazing and selfless work and are the true epitome of volunteerism who give so much of their time to their community and surrounding community in Limerick. Congratulations to Chloe as she really deserves this great accolade.”