If Winter Comes Can Spring Be Far Behind – The Supporter

IN its first offering for 2023 in this week’s Kildare Nationalist, out now or on line at www.kildare-nationalist.ie, the Supporter Column remembers the recently deceased Jim Clarke and Miko Doyle and has a look at the first games in 2023 for the Kildare footballers and hurlers.

I never met the man, but I like to think Jim Clarke and I would be kindred spirits.

Back in the day when County Board meetings lasted longer than an hour and actual debates occurred, Jim was one of the men who kept the Executive Committee on their toes. I suppose in those days there was no social media and people debated face-to-face, particularly Gaels as passionate as Jim, who sadly passed away last week. 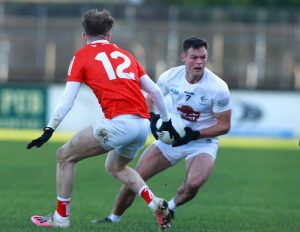 In 1996, the man who led Kildare to three under-21 and two minor provincial titles as trainer and was on the 1956 Leinster winning senior side as a player, got himself into a bit of bother for challenging the manner of the second appointment of Mick O’Dwyer and what he perceived to be a lack of transparency from County Secretary Seamus Aldridge.

“We went to three special meetings on the subject,” said Clarke at the time, “not realising that Seamus Aldridge was in negotiations with O’Dwyer and without any direction from the delegates who were in invited to put forward nominations for the position.”

He felt that the delegates were being dictated to, that there were “other nominations but they were never going to get the job. That had already been decided at the top.”

Clarke’s criticisms saw him receive a six-month ban, not the first of his lifetime for speaking his mind. The Ballymore Eustace man regularly challenged officialdom, whether it was disagreeing with County Board officers being ex-officio members of the county team selection committee, the absence of a grounds committee for St Conleth’s Park, the allocation of All Ireland tickets or the treatment of hurling in the county.

Ironically, Clarke was himself a member of the disciplinary committee that banned him on that particular occasion, but he claimed a meeting wasn’t held and that his ban was therefore illegal. He railed against his committee colleagues.

“People who I had regarded as my friends accused me of going over the top. But I told them what I thought of them. There is enough deadwood on that committee to roof a bungalow,” said the building contractor. “They’re a bunch of yes-men.”

It might sound like Jim was an irascible trouble-maker, a nuisance, and no doubt those in power might have seen him as such, but from anyone I’ve spoken to about him, his views came from the heart and he was never ill-intentioned. He just expected high standards and above all transparency.

With his passing, a few days before his 1956 colleague Miko Doyle, who played over 40 times for the county and was a key member of the Sarsfields three-in-a-row team of that decade, this column will endeavour in our own small way to maintain his values and respectfully challenge those in power for the good of the county. The clubs, through their delegates, it seems no longer have the time or interest.

Rest in peace, Jim and Miko.

I’m not sure what either man would make of the Senior Footballers performances in the O’Byrne Cup this past week. The competition was more valued in their day I feel and nowadays seems to come almost as an intrusion into the preparation for the League. It was interesting to hear Glenn Ryan quibble with the word “experimentation” after the first game.

Clearly the experimentation happened in the trials before Christmas and those who made the cut then seem to be in for the long haul. I understand over 30 players are in training and except for a few senior players who are a little behind in their conditioning, what we have seen over the last week is what the management team are going with.

It is perhaps unfair to judge players on a couple of O’Byrne Cup appearances on less-than-perfect January pitches during a period of heavy training, but I have seen enough of most of the current panel in club football to feel concerned about the standards in the county. The club championship itself was poor in general, as I mentioned before.

While the Wexford outing was an encouraging one, in which Jack Robinson showed us what we all knew, that he is probably the most natural scoring forward in the county apart from Podge Fogarty. Fitness permitting, he should play a big role this year.

Unfortunately, the further back the field the less encouraged you’d be. The full-back line is looking fairly bare with Shea Ryan not yet featuring and Ryan Houlihan nursing his hamstring, although I thought Darragh Malone had a couple of good outings this past week. We have very little cover here.

Behind them, it’s anyone’s guess who plays in goal. My bias would still be towards Mark Donnellan, who is less of a gamble but I can see the virtue of giving Aaron O’Neill a run. He appears to be slightly ahead on free-taking and is probably quicker at getting the short kick-outs away. I don’t like his forays down the field but that is probably a generational thing. Nor is he consistent with his kick-out accuracy but maybe that would come with a run in the side.

The half-back line and midfield were probably the biggest areas of concern last year and the deployment of Kevin Flynn could be crucial to strengthening both. Flynn to my mind is the most complete and most influential footballer on the team. If we can afford to play him in midfield he can provide much-needed mobility and pace there.

The most important area of the pitch in the modern game is across the half-back line and that is where Kildare are most lacking. But is that down to players or systems? Hopefully we will never again see a team sent out with such out-dated tactics as we did against Dublin in the Leinster Final and I felt, despite the performance against Louth, that at least there was a semblance of the more “modern” set-up without the ball that we saw against Mayo.

Getting the system right is the first step, but getting the right players to play that system is what will make it effective ultimately and I didn’t think that was the case on Saturday. We had a couple of attack-minded forwards sweeping at the back and I feel for the bigger games, such as the looming Dublin fixture, it would be better to have more out-and-out defenders there.

Eoin Doyle’s eventual return would be a big boost there. If you could surround him in a plus-one or plus-two system with the likes of Paddy McDermott, David Hyland and maybe Alex Beirne dropping deeper with Kevin Flynn pushed into midfield with Kevin O’Callaghan, that could give a more solid look to our defending.

One thing’s for sure, with much the same group of players available, I’d be expecting the management team to be a lot more impactful in setting up the team to play modern football successfully, facilitating a style of play that successfully balances the need to remain tight at the back while capitalising on the forward talent available to us.

Jim Clarke would approve, no doubt, if we managed to achieve that.

The hurlers has a bright opening and a convincing win over Carlow in a freezing cold Hawkfield on Thursday night and they must travel to Aughrim with a lot of confidence next Sunday.

Manager David Herity announced a panel of 41 last week and introduced a few of the newer players in Hawkfield. Just like Jack Robinson with the hurlers the return from injury of young David Qualter was very encouraging and he took his opportunity with both hands or with a hand and hurl.

Carlow were very much understrength and will be a different proposition come the first League game but the momentum that Herity keeps referring to is very much intact and augurs well for a rewarding Kehoe Cup run and an encouraging season ahead.