IN this week’s Kildare Nationalist, out now or online at www.kildare-nationalist.ie , we carry a preview of Kildare’s campaign in Division 3 of the LGFA Lidl National League which included an interview with new manager, Diane O’Hora.

NEW Kildare LGFA manager, Diane O’Hora, announced her 2023 Panel last week and while there were eleven newcomers and three more returnees from last year there were no surprises as all those involved had either shown their talent at underage level for Kildare or with their clubs in the past year or so. 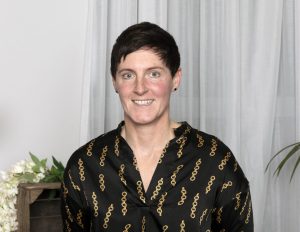 “We had trials initially”, Diane O’Hora says, “with up to 58 players involved. Everyone was given a fair opportunity. It was a difficult time of year, players had just finished club football a few weeks earlier and they were now out in wintery conditions. It’s not a closed panel by any means.”

“We had to try and find a balance this year between forwards, midfielders and backs in terms of having strong support groups so maybe there were some players for certain positions who were absolutely excellent but may have been let go due to looking for that balance.”

O’Hara sees the return of Roisin Byrne, Trina Duggan and Grainne Kenneally as a huge boost to the squad. “They have come back in really good physical condition. Roisin has been travelling and she came back scoring one of the highest in terms of her strength and fitness. Trina is exactly the same and Grainne, without question, is another top performer in terms of physical strength and fitness.”

Those still involved over the last few years have grown into the team despite their relative youth. “Overall the underage in Kildare over the years has been very competitive,” O’Hora believes. “When Laoise Lenehan was picked as vice captain I didn’t even know that she had previously been captain of the Kildare minor team so it just shows the leadership that players are showing at training, even at the younger ages, and they’re carrying it through on to the senior panel.”

There is a good balance in the team, a balance that is very competitive according to Diane O’Hora. “It’s going to be a very difficult team to pick. The players are really working hard at training and our challenge games have proven to give us many a headache to the Management Team.”

“Training was quite disjointed in December with the weather but we were lucky to get four sessions in first week in January. We thank the Co Executive for ensuring that we managed to make up some ground there. The second fitness assessment was really positive and a vast improvement from six weeks earlier so I’m very pleased with the trajectory that the team is on,” the former All Ireland winner explained.

The opening two games in the League are at home  against Down on Sunday next and Longford on the following Sunday and it’s important that the team starts well according to O’Hora. “We’ll be taking it game by game. This year there are no semi finals so there’s no real cushion. Ultimately we are focusing on the first game against Down and we really aspire to come away with a positive result especially as it’s at home and progress from there, week on week.”

“Anything can happen in League football and anything can happen on any given day but we feel that we will be very well prepared and that the team has improved in terms of self-management on the pitch and I’m really confident that this group will hit the ground running,” the manager added.

“It’s everyone’s aspiration to reach the final and with the effort that the players have put in and the work they have been doing outside of training they deserve to reach a final but not if we don’t perform on the pitch,” Diane O’Hora warns.

Concluding O’Hora added, “Last year while coaching this group I could see the potential that was there. We’ve lost a few players but with the new players that have come in mixing with the experienced players it’s a great  environment to be around and everyone that’s involved is really enjoying every single thing that they’re bringing to training and we’re supported very well by the Co Executive so I see no reason why we can’t reach our potential as a group.”