Two Kildare boxers will take part in the Finals of the IABA Elite Championship Finals which take place at the National Stadium on Saturday evening. 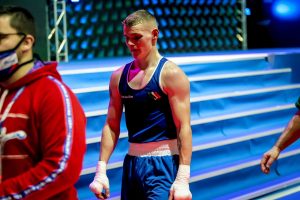 Unit 3 Naas boxer, Kelsey Leonard, has an extremely exciting contest when she takes on Olympian and Commonwealth Champion, Michaela Walsh in the 57kg weight category. Leonard is in outstanding boxing form at the moment and it would be no surprise if se were to cause an upset in Saturday night’s final.

Meanwhile fresh from his semi final victory over Aaron Donohue on Friday night, St Michael’s Athy boxer, Brandon McCarthy will take on Sligo native, Dean Clancy in the 63.5 weight division. McCarthy may have to undergo a medical test after receiving a cut in his semi final win.