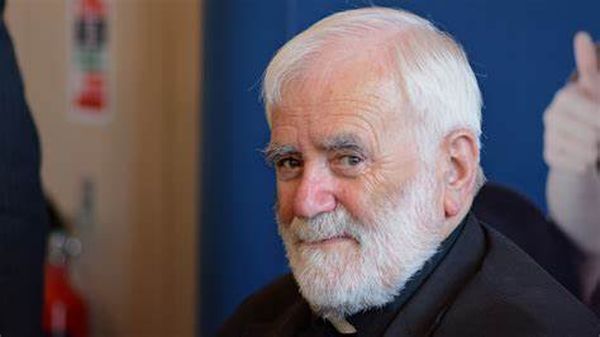 By Norman Croke, Secretary,  Kildare Trades Council
It is with great sadness that I heard of the passing of Fr Micheál McGréil, a former member and President of the Kildare Trades Council and Kildare Resource Centres.
My earliest memory of Fr McGréil was In 1982. The late Sean Breslin, Branch Secretary for the Workers Union of Ireland based in Athy, and myself contacted all the trade unions with membership in County Kildare to re-establish a Trades Council for the County.
We invited representatives of each union to meet with us to consider drafting a constitution for the council at a prearranged meeting in the ITGWU Offices in Newbridge. In walked Fr MacGréil. He introduced himself as the representative of the Irish Federation of University Teachers.
It was difficult for me to suppress my surprise at meeting a clerical shop steward, the lead organiser for the academic staff at Maynooth College. Fr MacGréil invited us to use the facilities of Maynooth College to launch the Kildare Trades Council.
The first meeting of the council included the late Sean Breslin, James Freeham, and Paddy Donnelly, FWUI. Tom Crowe, Seamus Buggle and Tommy Kenny represented the ITFGWU. John Lynch NUJ, Tim Weadick TUI, Fintan O’Malley, Dan Sullivan AUEW, and Fr Micheél MacGréil IFUT.
Fr MacGréil was to become a significant advocate as a member of the Kildare Trades Council on behalf of workers’ rights in Kildare. Championing many labour causes, including the right of workers to union recognition and to improve workers’ lives.
He was always at the forefront of union activism, a key participant in the trade unions’ innovation in establishing the County Kildare Forum on employment representing all the key stakeholders in the county and offering the facilities of Maynooth College for seminars on Perspectives of Employment.
He was also instrumental in the establishment of the Joint Oireachtas Committee to ensure that the county’s TDs and councillors were regularly briefed on the important issues facing workers.
During the recession in the 80s, the council, with the guidance of Micheál established training courses for the unemployed under the auspicious of the local VEC that led to the establishment of the Kildare Resource Centres in Leixlip, Maynooth, Naas, Newbridge, and Athy.
They provided assistance to the unemployed and their dependents and promoted their social, personal and economic interest.
The Kildare Trades Council joined with Tom McGrath of ICTU in seeking state funding for the resource centres from Alan Dukes TD and Minister for Finance. It successfully sought FÁS participation in delivering services to the unemployed. On 8 April 2019, the Kildare Trades Council was relaunched through a partnership of 13 trade unions in Kildare.
Fr MacGréil travelled from his home in Mayo to offer his support and solidarity to workers in Kildare. In his unique and inimical soft spoken style he reiterated the need for a strong trade union movement to tackle discrimination, inequality, and workers’ right to representation.
His comradeship, solidarity, commitment, guidance and energy will be sadly missed.
May he rest in Peace.
Ni Saoirse go Saoirse Lucht Oibre