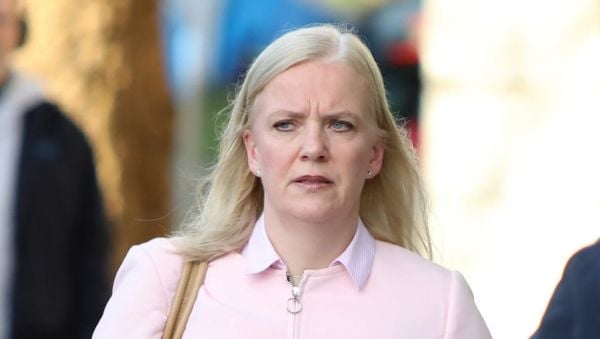 A former financial services manager has gone on trial charged with allegedly conspiring with others to defraud investors over a decade ago.

Ciara Kelleher (51) of Blackhorse Ave, Dublin 7 has pleaded not guilty at Dublin Circuit Criminal Court to one count of conspiring with Harry Cassidy, John Mulholland, John Whyte, Paul Lavery and others to defraud investors in and clients and customers of Custom House Capital (CHC) Ltd by intentionally misleading them as to where or how their assets had been placed in the investment firm.

The offences are alleged to have happened within the State on dates between October 2008 and July 2011.

It is the State’s case that Ms Kelleher was involved in a scheme to avoid some clients of CHC being aware that their money was not where they thought it was. Mr Staines said this scheme was put in place within CHC in 2008 and 2009, at the time of the financial crash.

Mr Staines said it is the prosecution case that CHC’s CEO Harry Cassidy bought a large portfolio of investment properties in mainland Europe. Mr Cassidy had entered agreements to buy large investments and was getting demands to make cash transfers into these.

Mr Cassidy started to “pilfer” money from customers to pay these requests and was essentially “robbing Kevin to pay Klaus,” Mr Staines said. The court heard that around 80 accounts were affected.

He said that while Ms Kelleher was not the most senior person involved and did not personally profit, she was “up to her neck” in the scheme and seeking to improve its processes.

Mr Staines said the company “exhibited signs of a classic Ponzi scheme” in the later stages as money invested by clients was not being used for what they thought, but for another purpose. He said it is the prosecution case that the people who put together the scheme did so to “deprive clients of information” about their accounts.

It would have become a problem for the company if investors became aware that their money was not where they expected it to be, especially during the “worst financial property crash” in living memory, Mr Staines said.

These valuation statements had to be issued so that CHC could invoice clients. These statements included “fictitious interest” which would have been earned by the client’s money if it had been where the client expected it to be, Mr Staines said.

Mr Staines said Ms Kelleher was aged between 37 and 39 at this time, had worked for Citibank for 10 years and had a degree in International Commerce and German. He said it is the State’s case that it is “absurd” that someone with Ms Kelleher’s background did not think it was wrong to issue inaccurate statements.

Counsel said Ms Kelleher told gardaí during interview that she didn’t know about any criminal activity and had no knowledge of any property transactions. Mr Staines said there is no doubt that Ms Kelleher was a salaried employee of the Custom House Capital and therefore, is less culpable than others involved in the scheme.

John Whyte was investment director and head of private clients, and owned around 5 per cent of the shares in the company.

Mr Staines said Ms Kelleher was a salaried employee of the company, working as a senior portfolio relationship manager, reporting to John Whyte. She was not a shareholder or profit sharer, he said.

Paul Lavery was the head of finance and financial controller. Mr Staines said the jury would hear that Mr Lavery was a “weak person” and “dominated” by Mr Cassidy, who allegedly assaulted him on one occasion within the building.

He told the jury that they must put aside any sympathy they may feel for investors. He also told them the other people mentioned in the indictment would be dealt with by different courts.

Clodagh Benson, an employee of the European Pensioner Trustee (EPT) Company, gave evidence that this company was managed by John Mulholland and his wife, Ruth Woods and was located in the same building as CHC.

She was shown emails sent from EPT to CHC for valuations and internal CHC emails about these requests.

Ms Benson said she was told the delays getting investment valuations from CHC was due to a system issue. She said Mr Cassidy was known as a “difficult character” and “very abrupt”.

On one occasion, she came down from the EPT office on the second floor after hearing a commotion and saw Mr Cassidy push Mr Lavery. Ms Benson said she was “shocked” and immediately went back upstairs.

Asked about the alleged “assault” on Mr Lavery by Mr Cassidy, the witness told Mr Bowman she didn’t know why Mr Cassidy had done it and she had never seen anything like that in work.

The trial continues on Friday before Judge Orla Crowe and the jury and is expected to last up to six weeks.